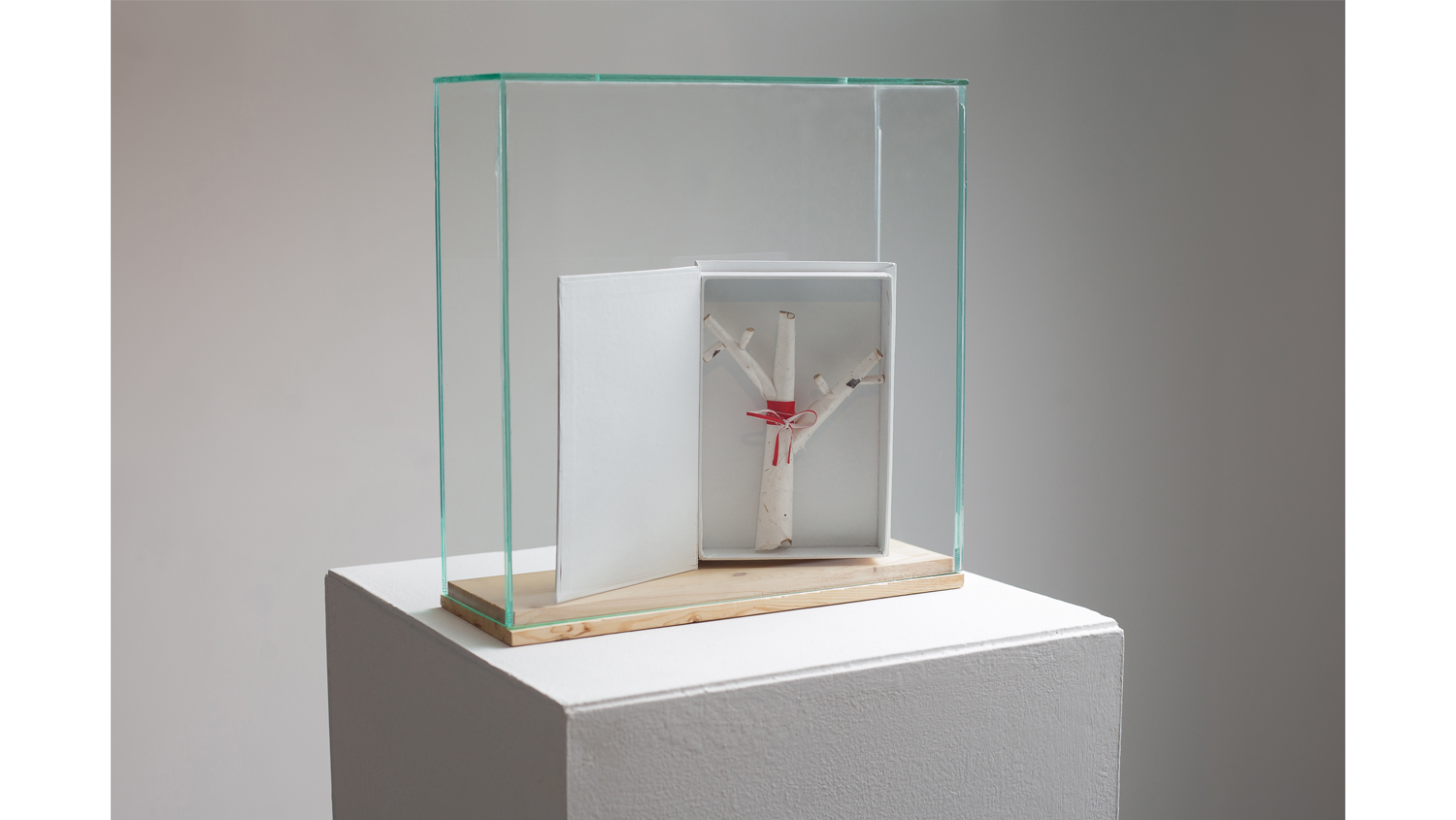 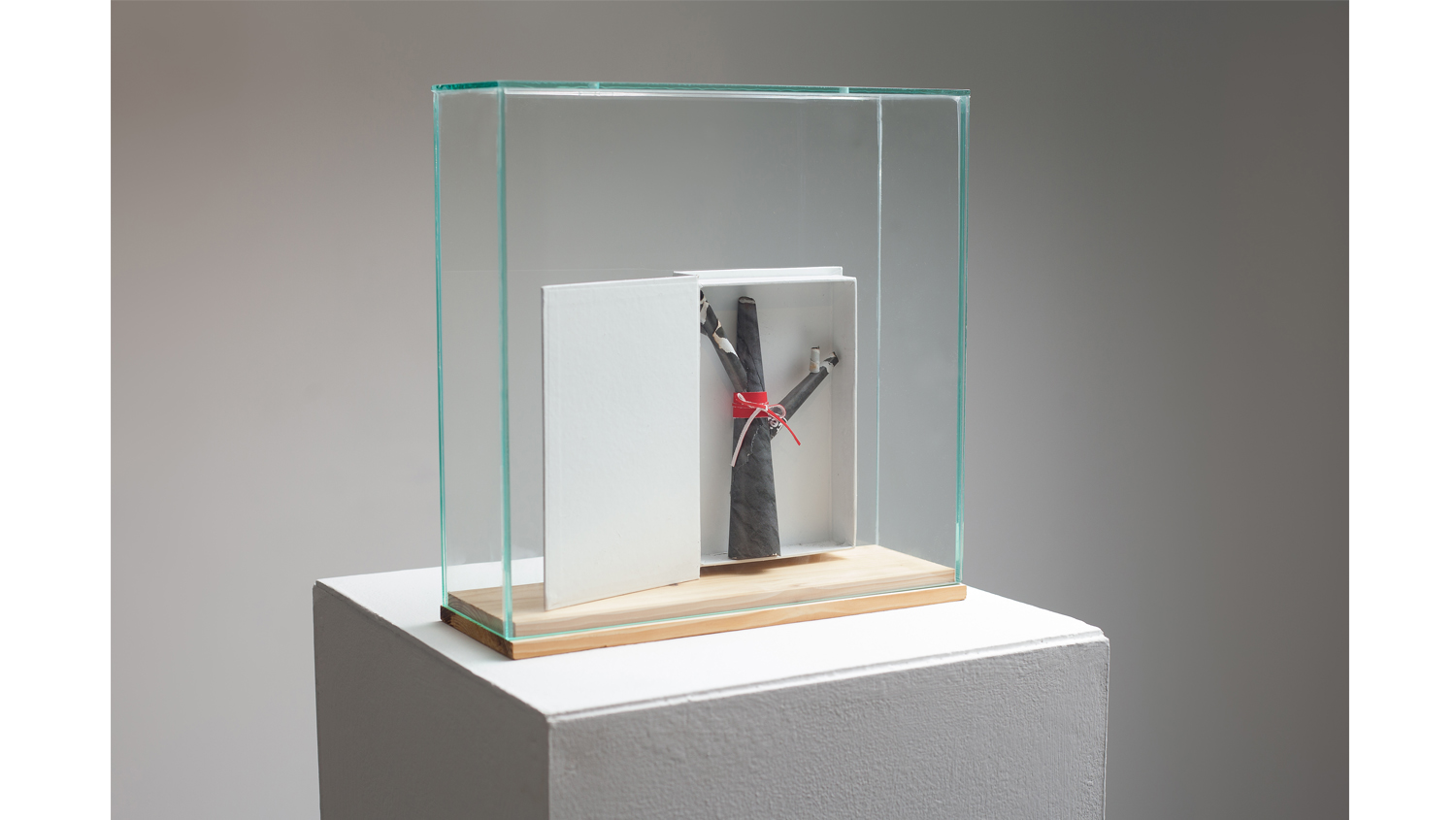 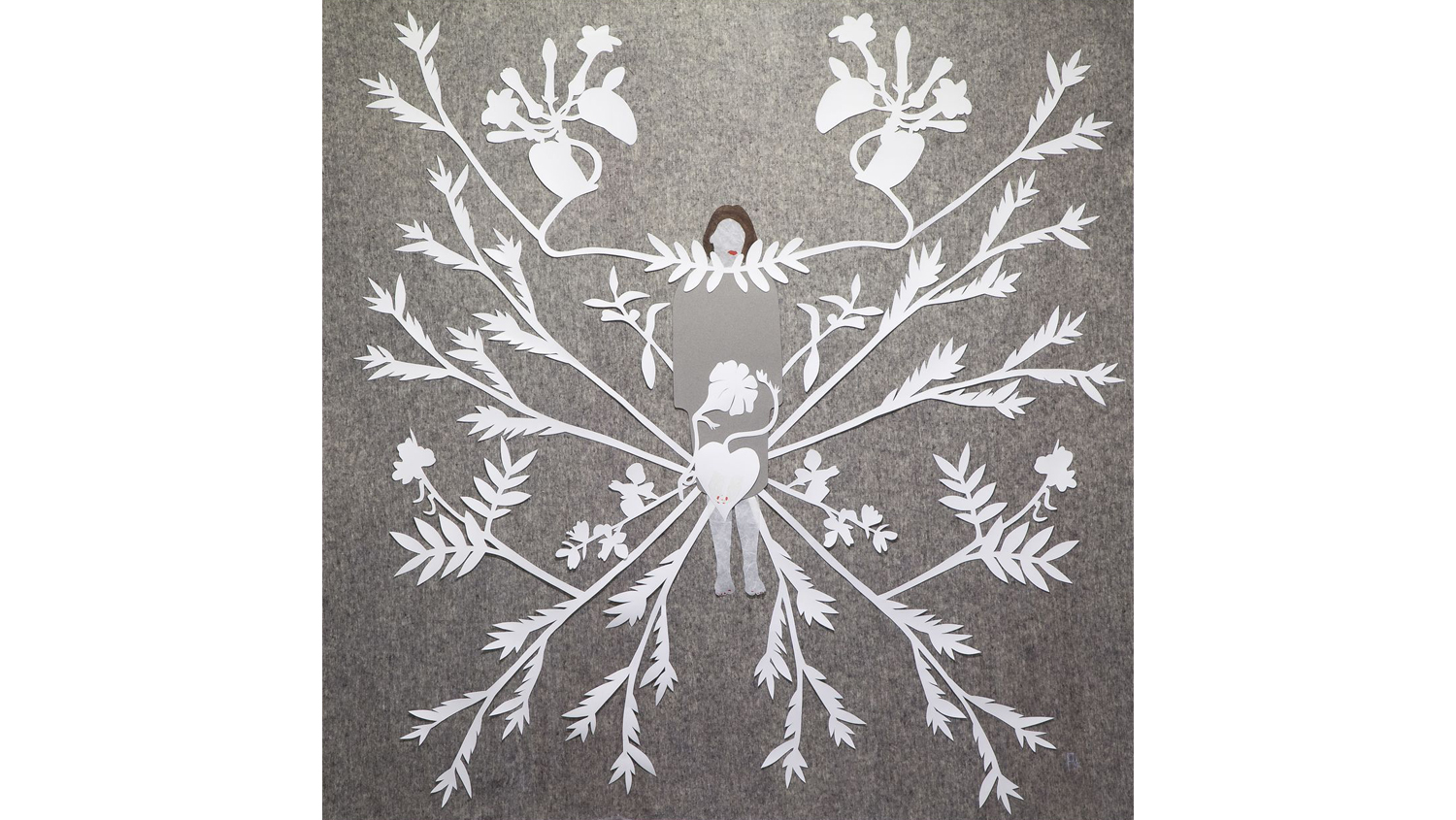 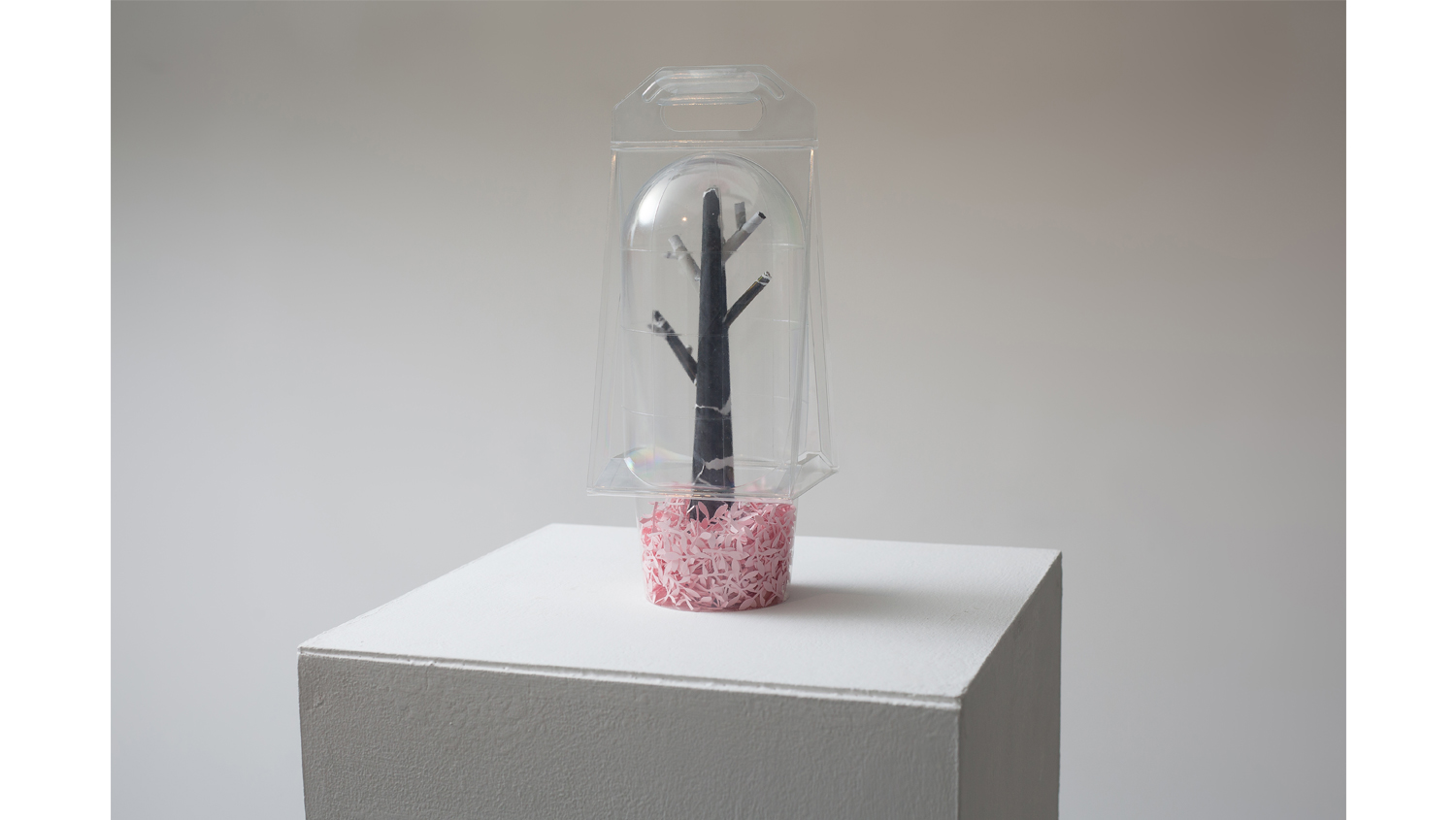 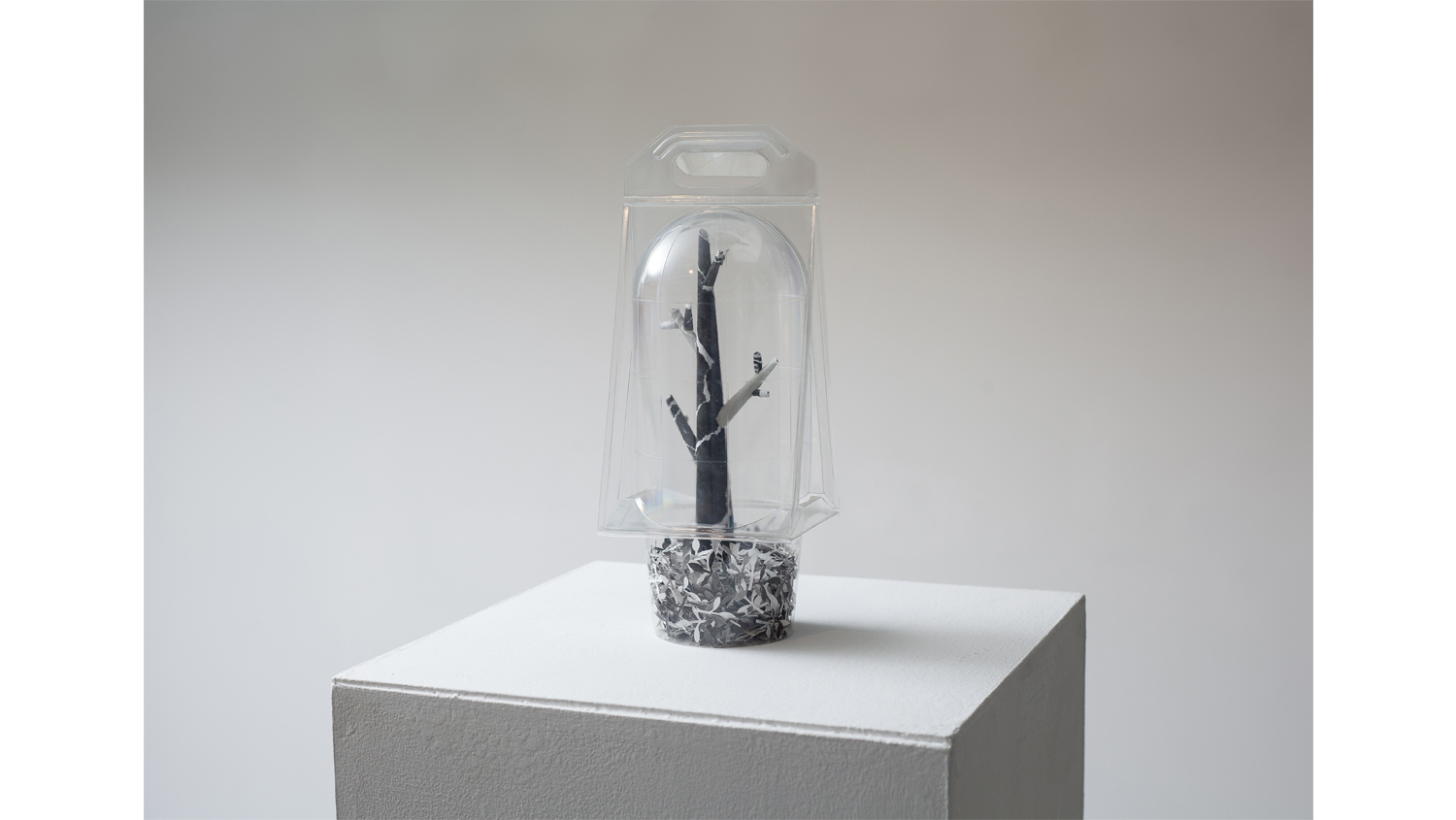 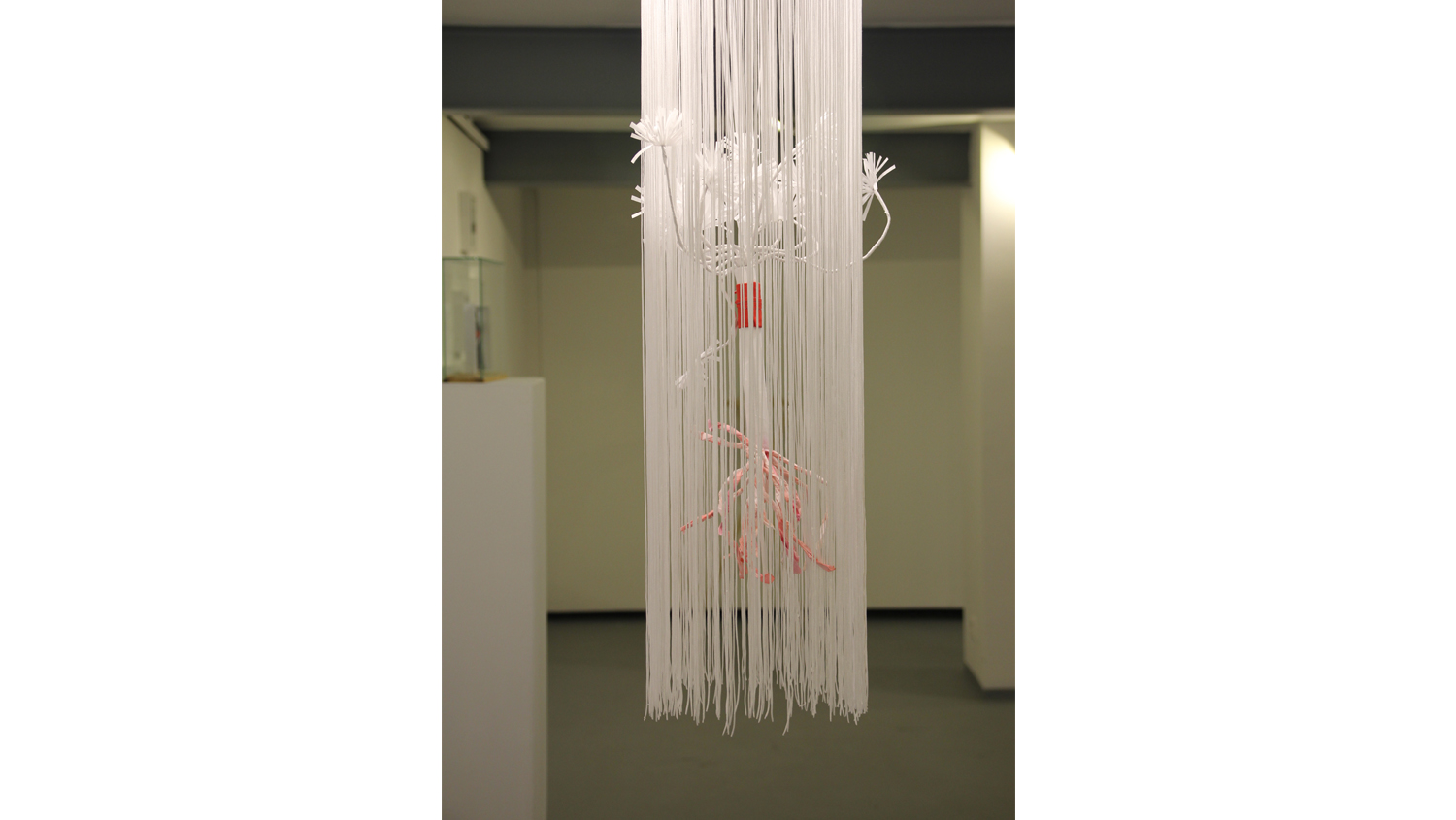 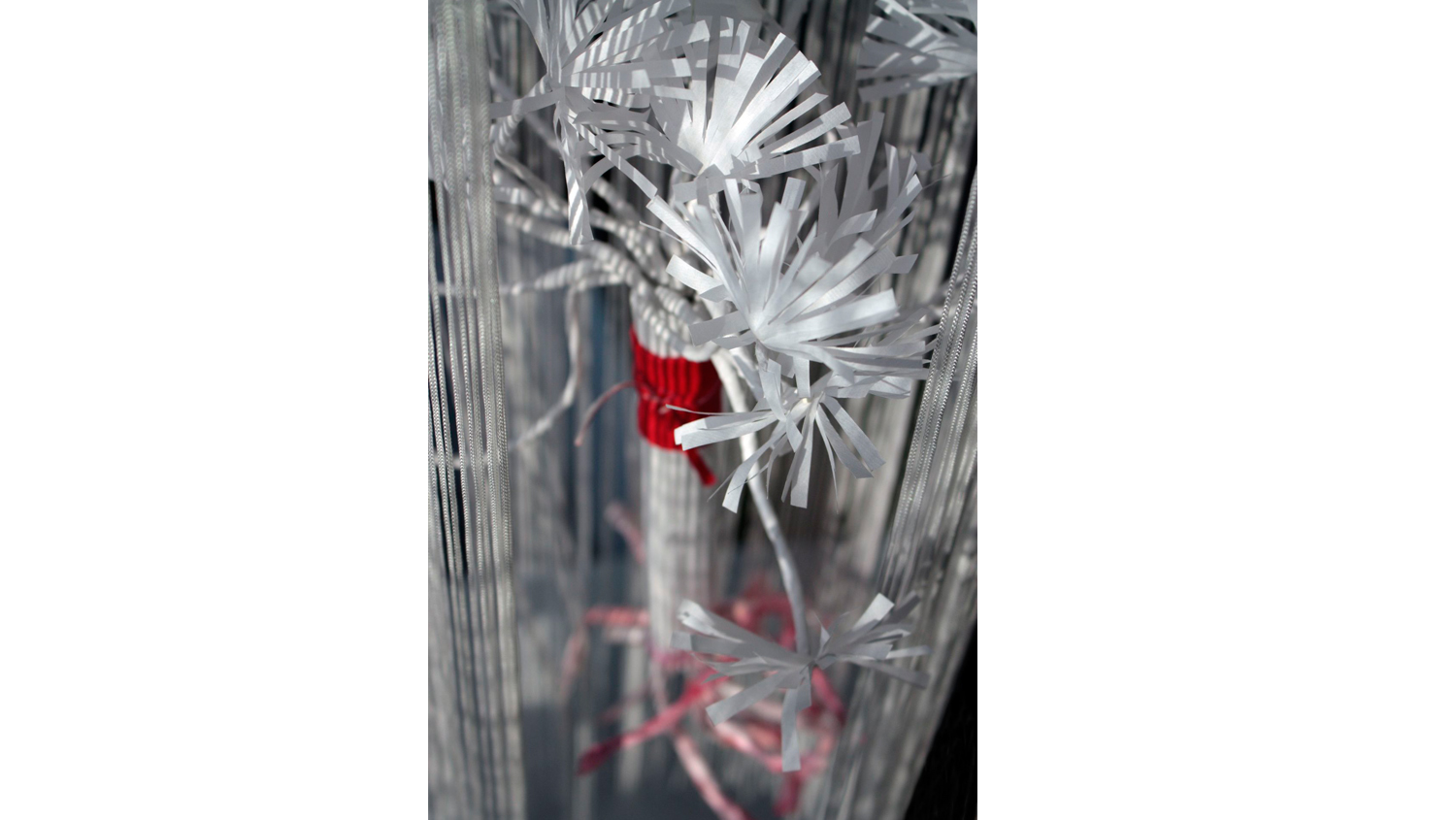 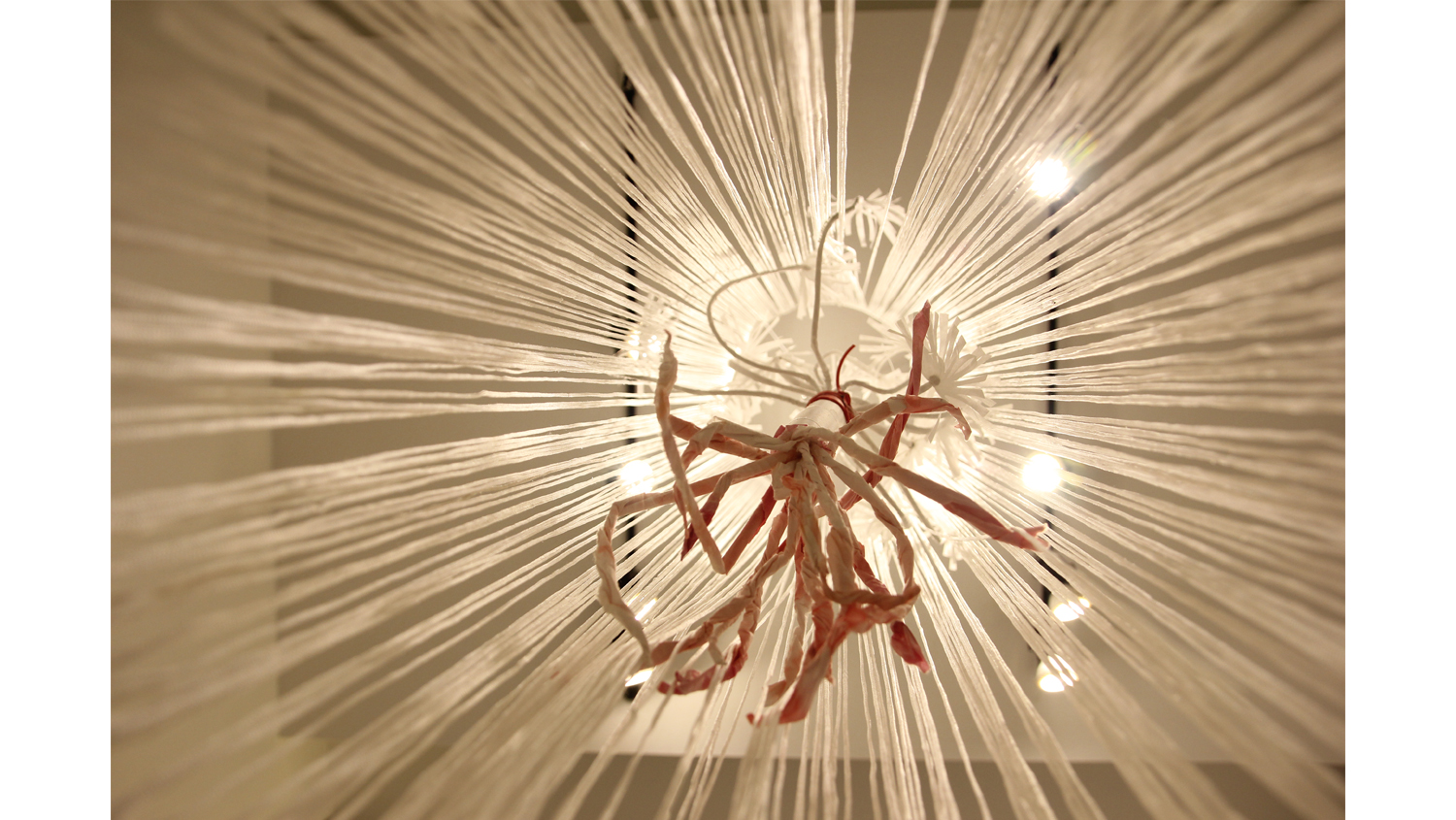 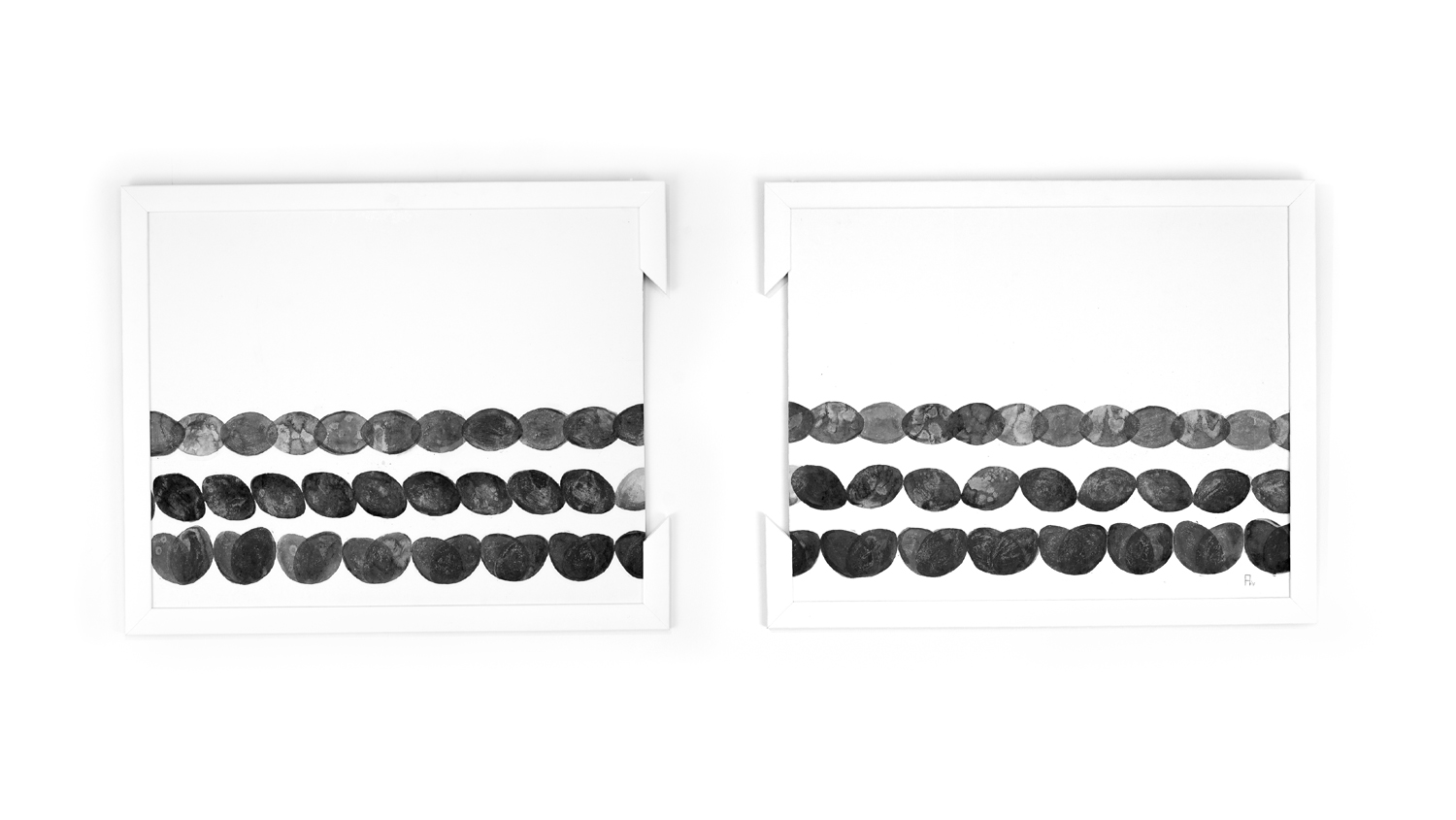 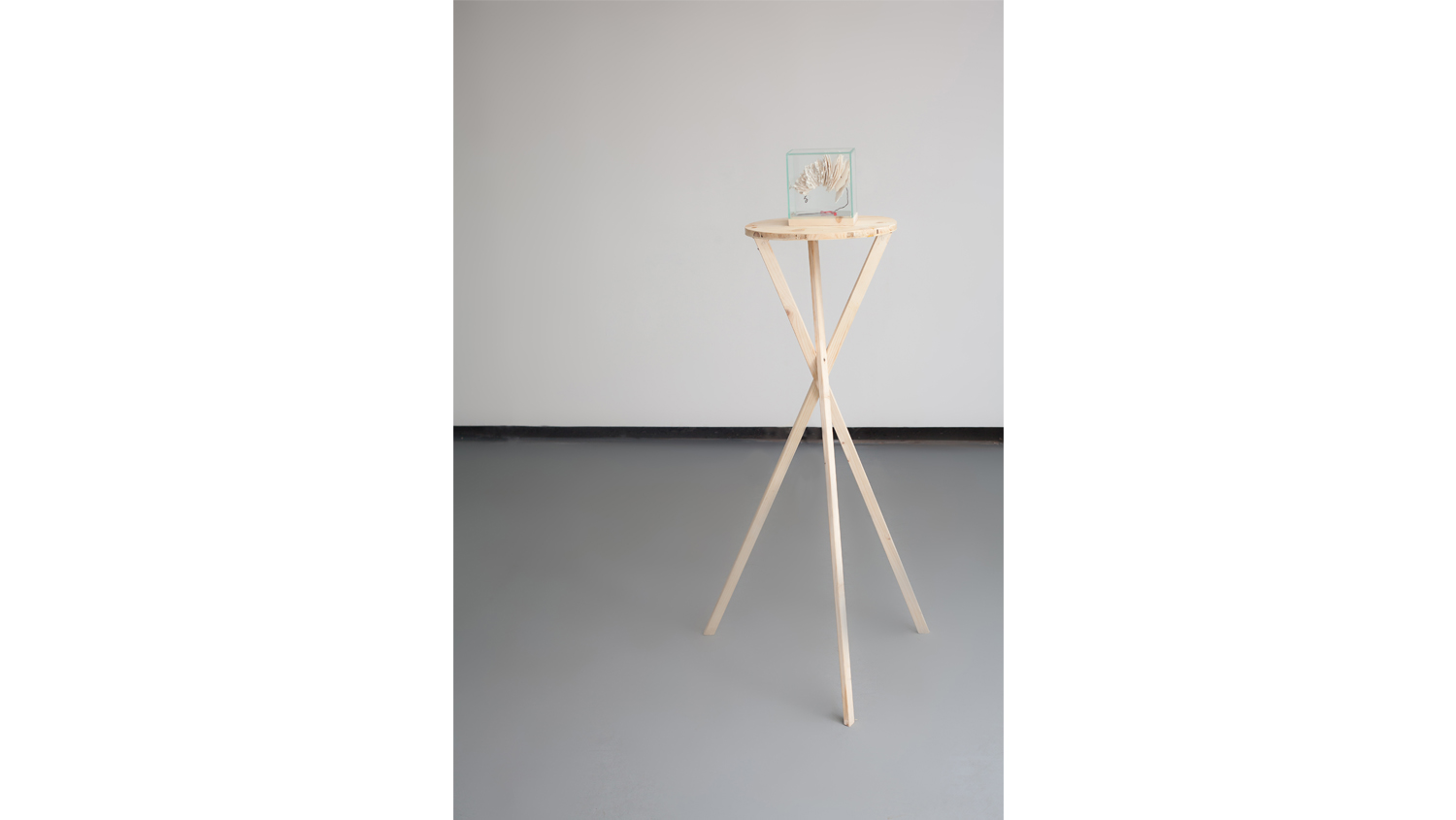 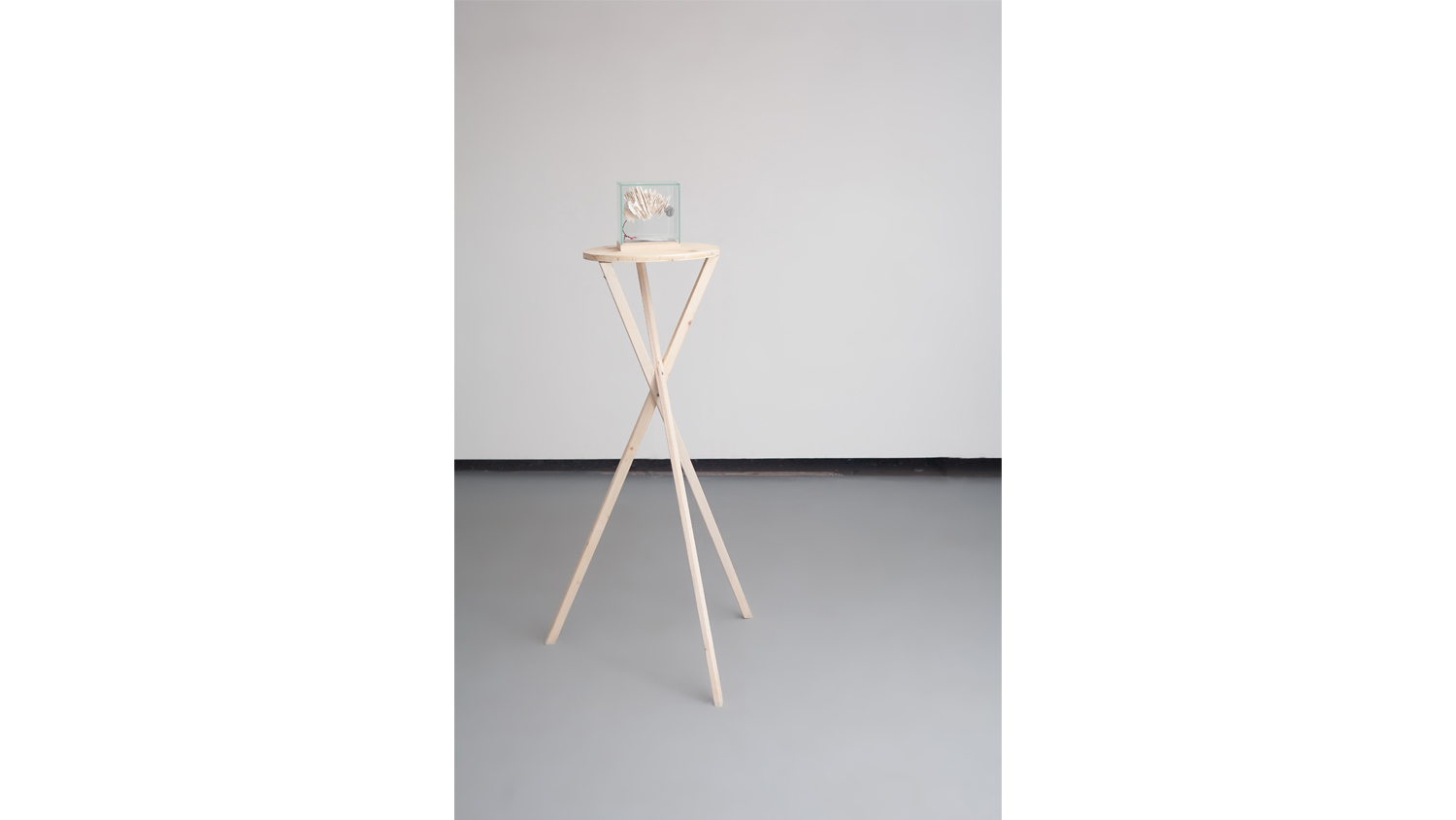 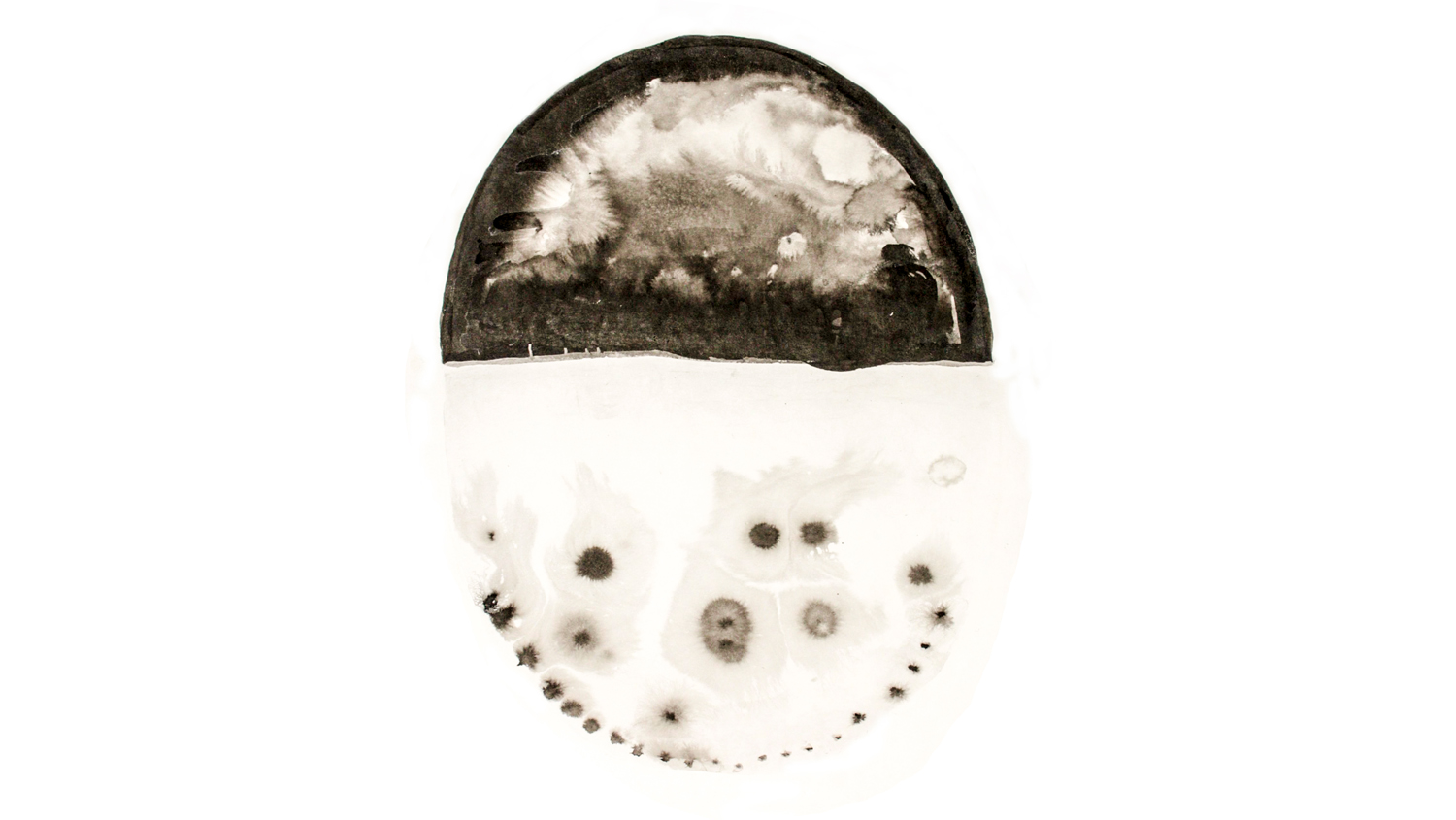 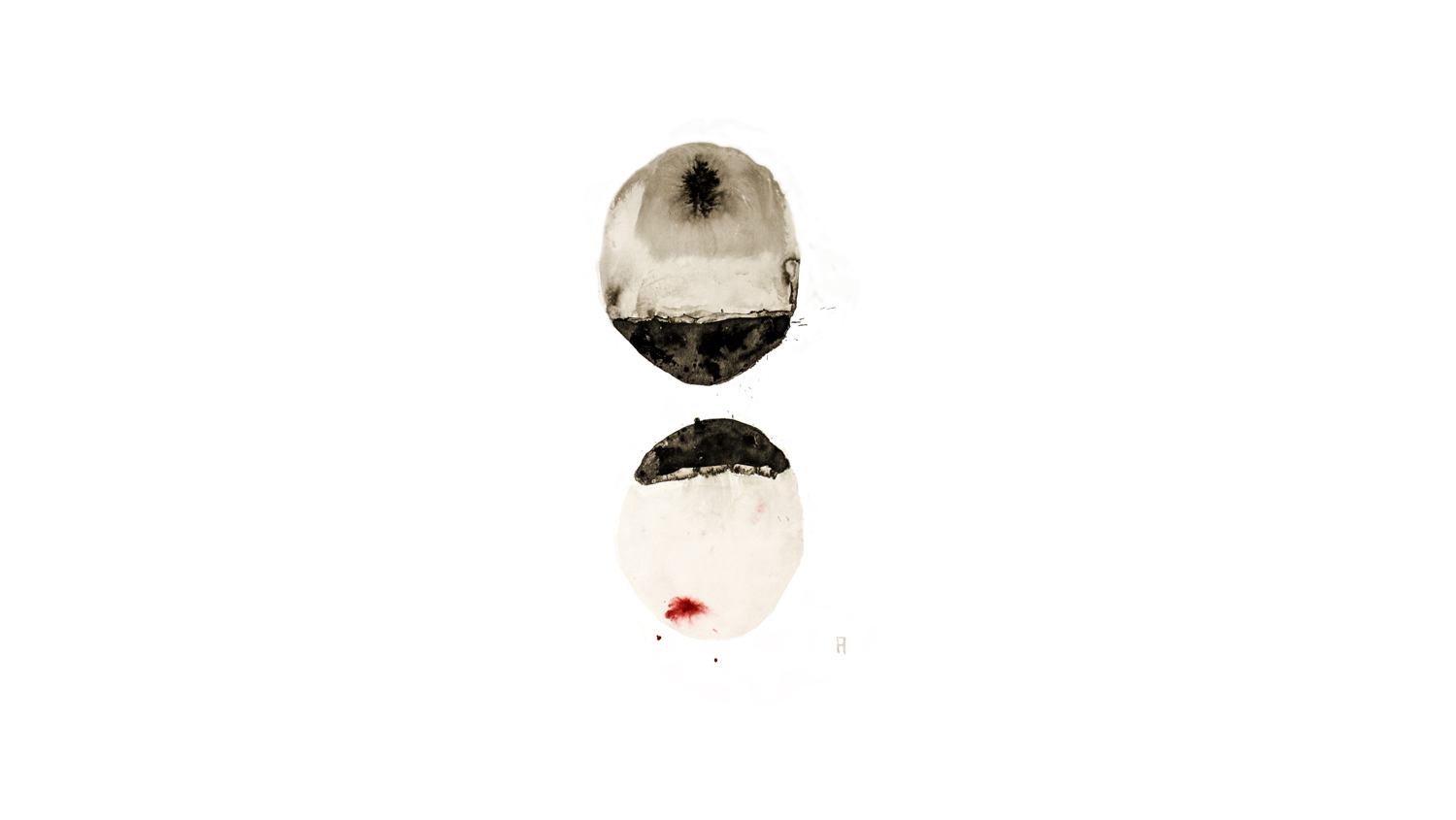 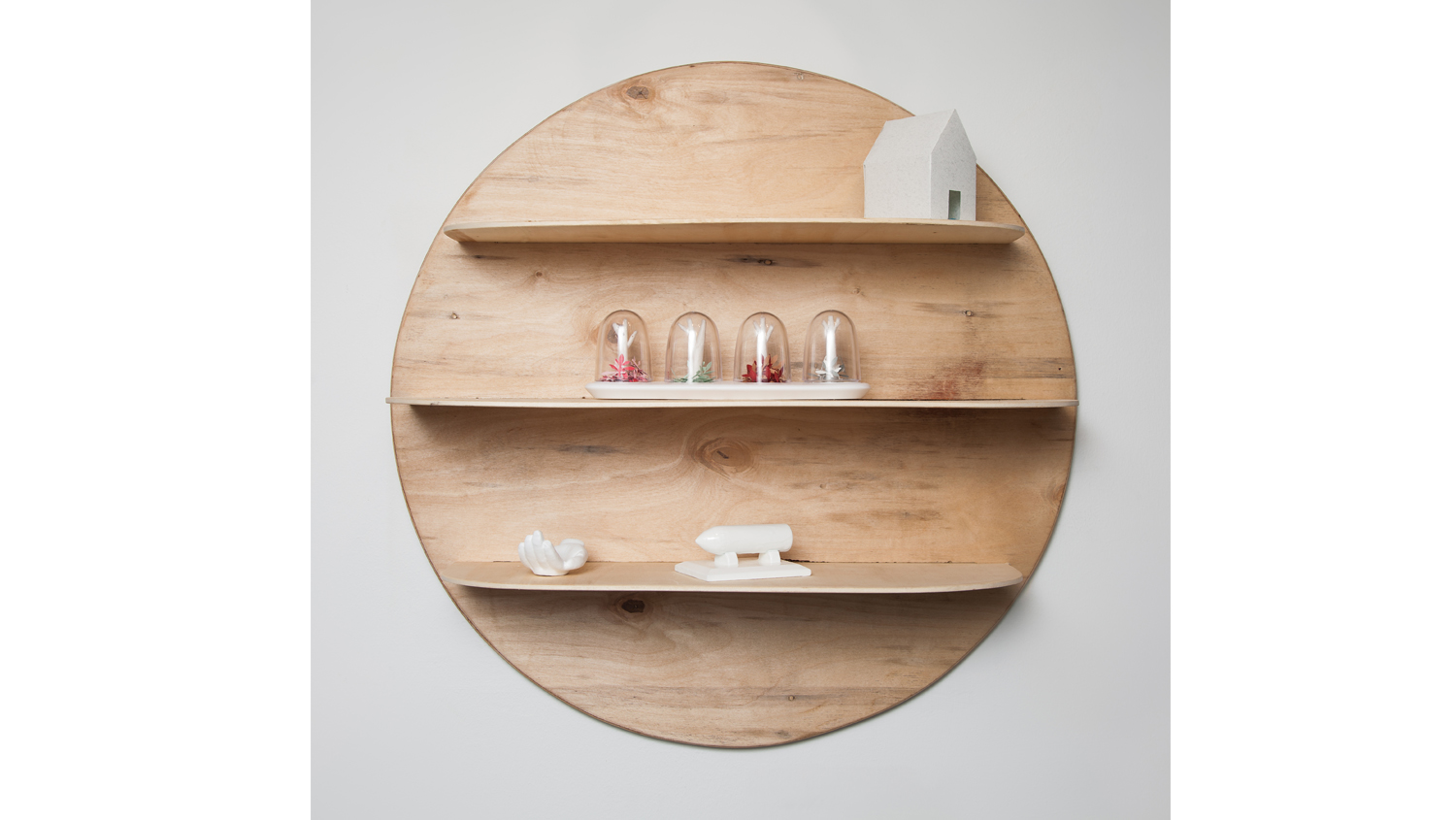 Willful blindness (or contrived ignorance) is a legal term used in the United States to refer to the situation where someone arranges to create a context where they are able to claim ignorance of a piece of information that they could and should and even actually knew about. Think morgage loans from banks, child molestation in the Catholic Church, the Iraq War or the political scene in general. In a sense, we are all afflicted with willful blindness. This concept serves as a perfect frame for the visual representation of the state of my country and relevant global issues.
More info: Margaret Heffernan II The dangers of "willful blindness"

With the Black and White II Mixed media II 30 × 30 × 10 cm II 2015
Haniko hints at the horror of nuclear catastrophes and more importantly at the pivotal issue of preservation. Are we capable of sustaining the present state of nature? Will we learn to live in better synchrony with it? Or are we going to de-synchronize our relation to it even further, totally subduing nature and thus eventually destroying it and with it destroying ourselves? In the pieces White and Black which also bring up the issue of preservation, the little tree is placed within the confines of an open book.

The Flowers of Hiroshima II Mixed media II 140 × 140 cm II 2015
Comprises different kinds of shoots and sprouts and organic motives which emanate from a female figure in the center of the piece, alluding, in effect, to the feminine—that is the re-productive—nature of humans.

In the pair-work of Letter from Fukushima II Mixed media II ~25×12 cm II 2015
We see a little tree placed in the asphyxiating vacuum of a plastic container. The fallen leaves under it intimate the way humans treat nature.

The larger-sized paper-tree of Komorebi II Mixed media II ~30×45 cm II 2015-2016
With its visible, exposed roots is protected from the external influences by a curtain of strings.

Haniko is not only attracted to Japanese themes, though. Space travel or the possibility of landing on the Moon are also quite intriguing topics for her. For her these themes are also strongly linked to the question of hubris: of how humans conquer nature and space and the consequences these reckless endeavors bear. This is well reflected in the Moon-pump series II Mixed media II 30× 40 cm II 2016 and the installation titled Dancing on the Moon II Mixed media II 50×50 cm II 2015-2016