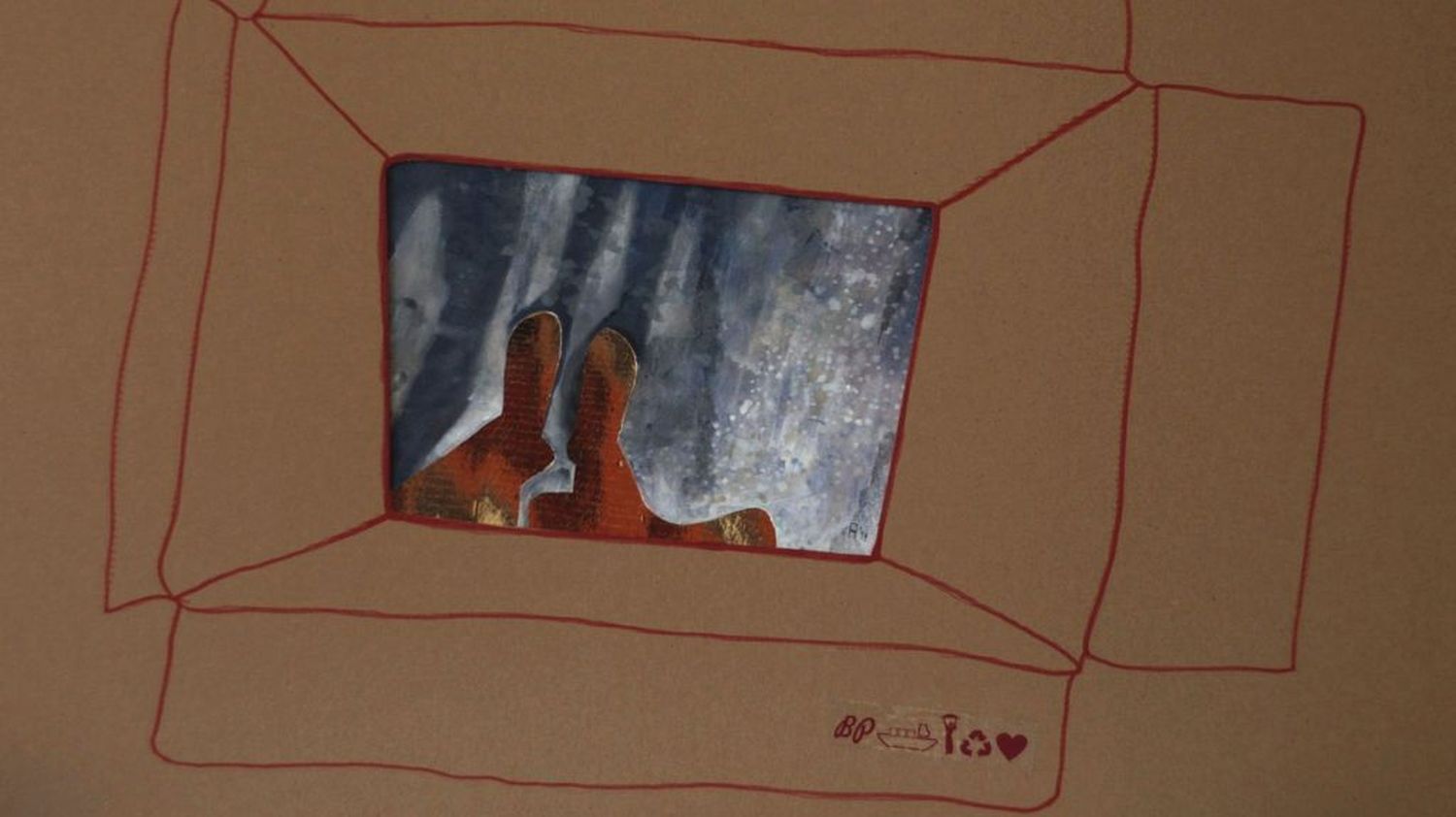 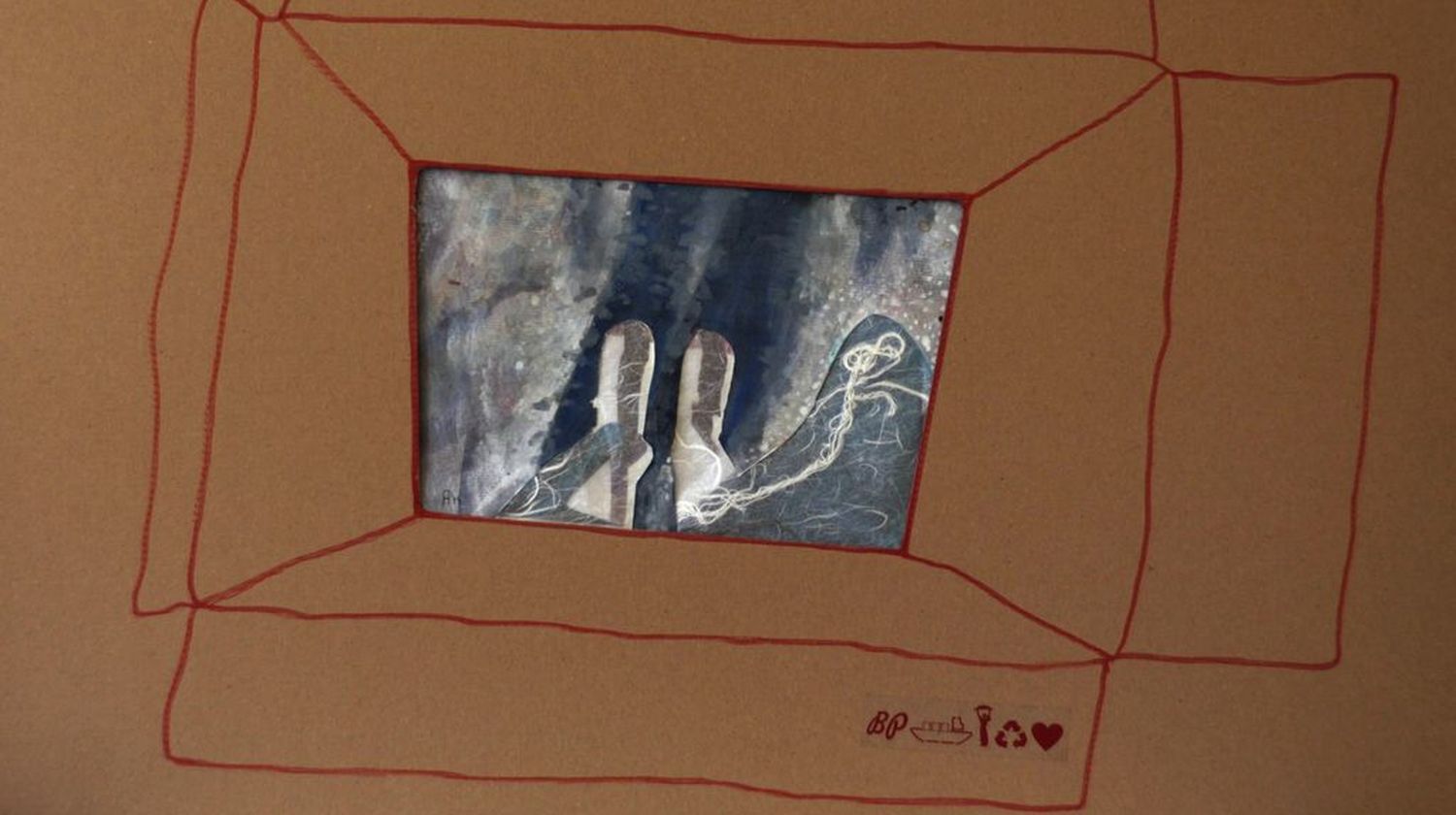 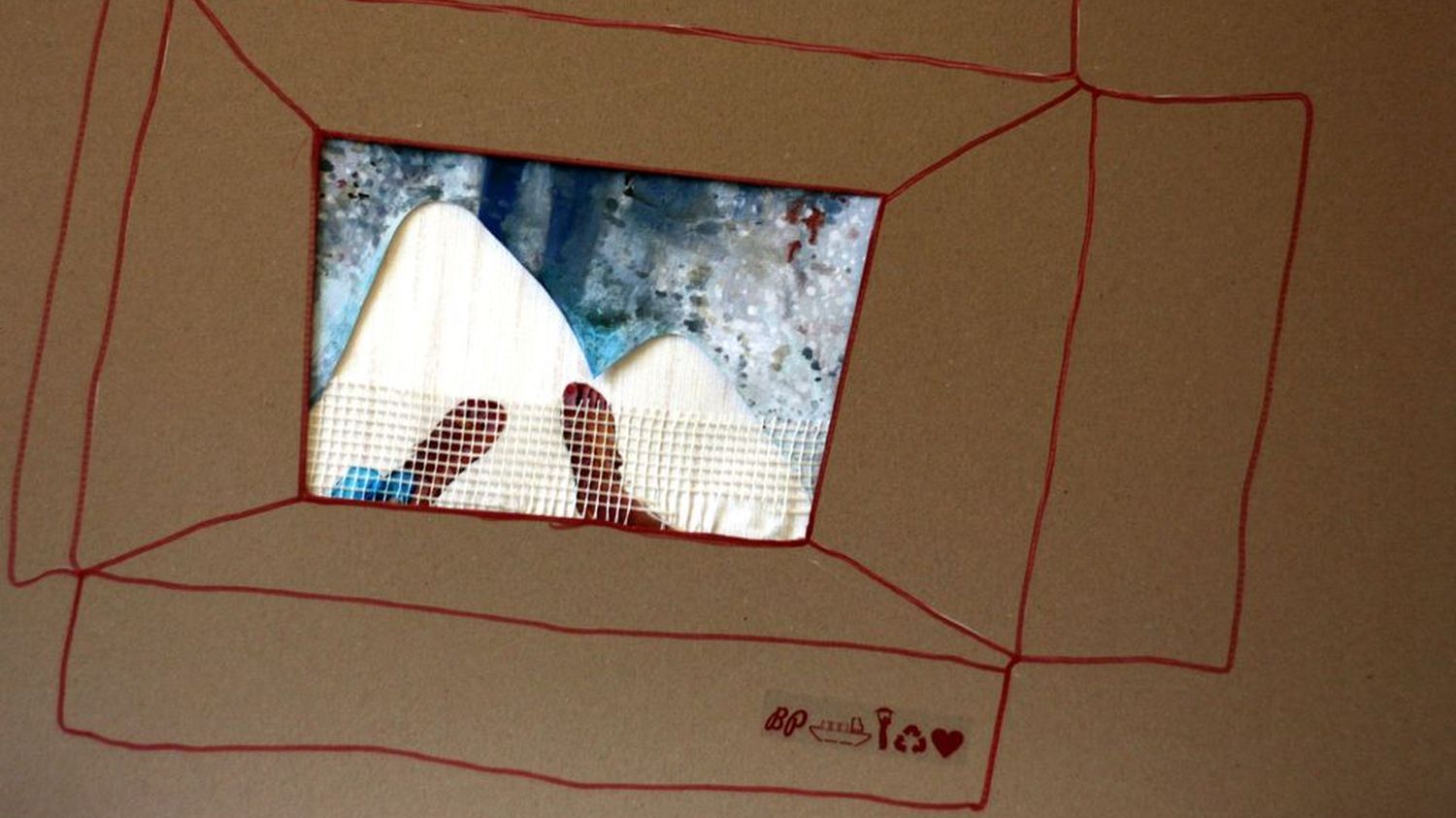 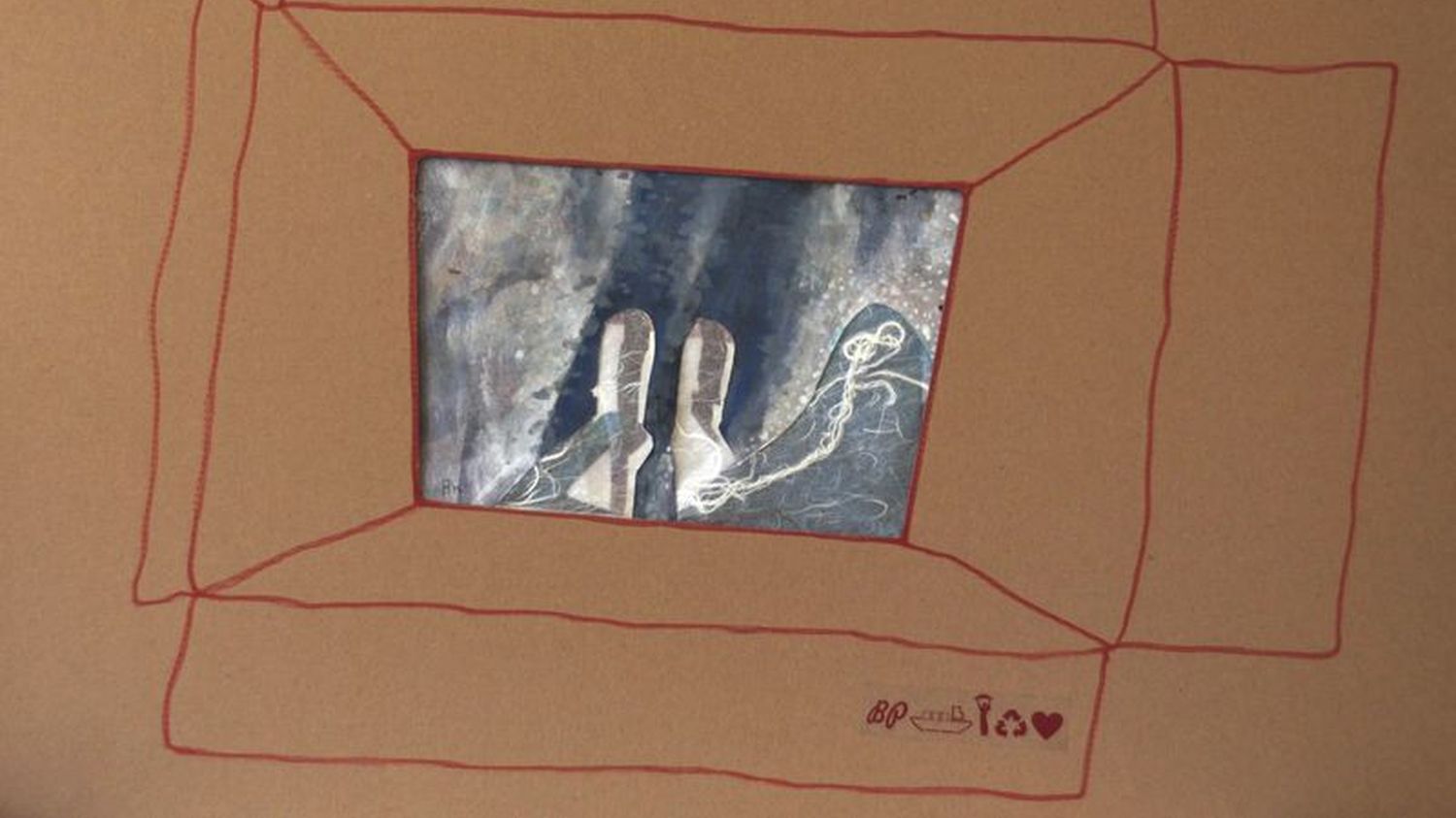 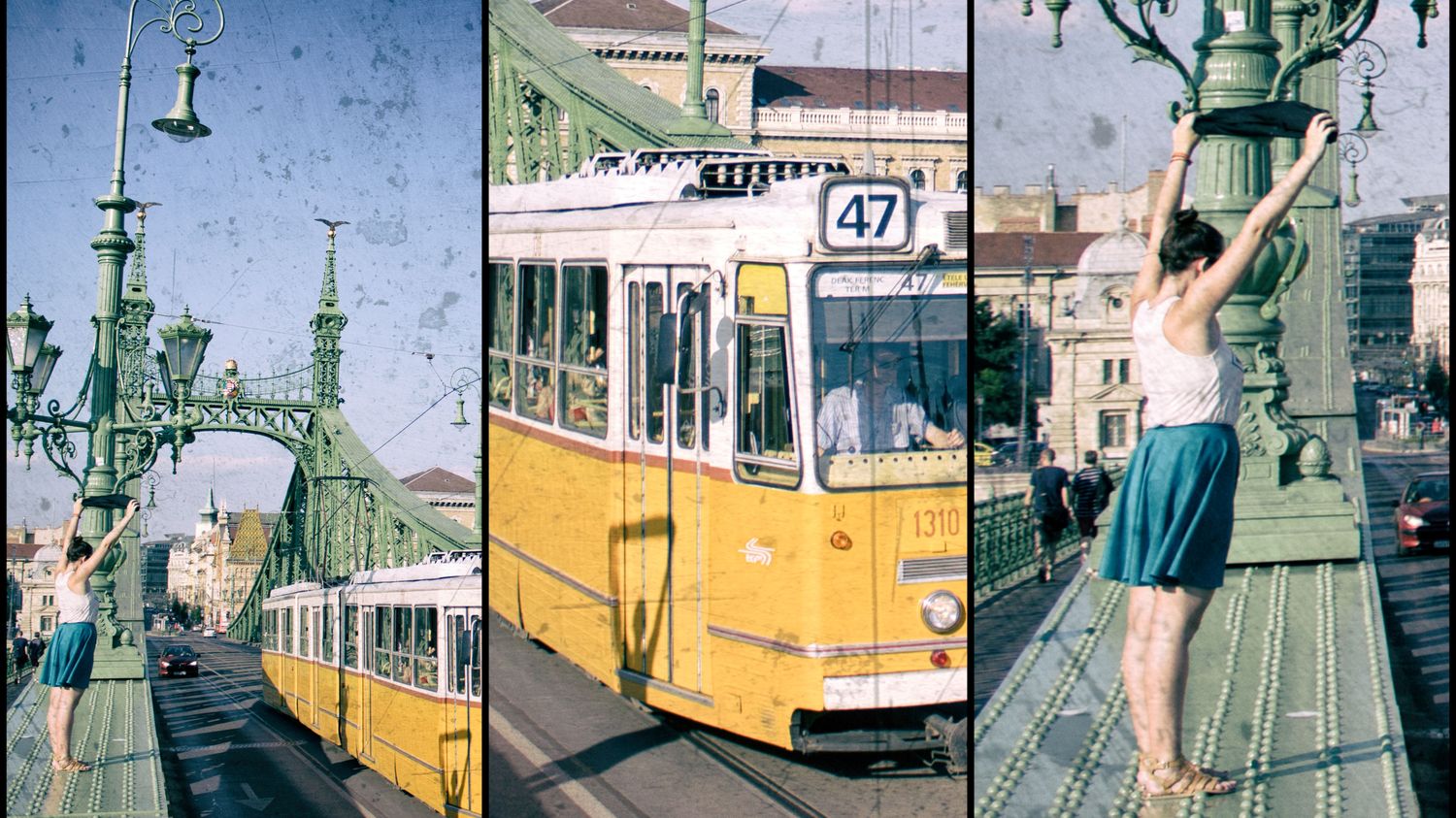 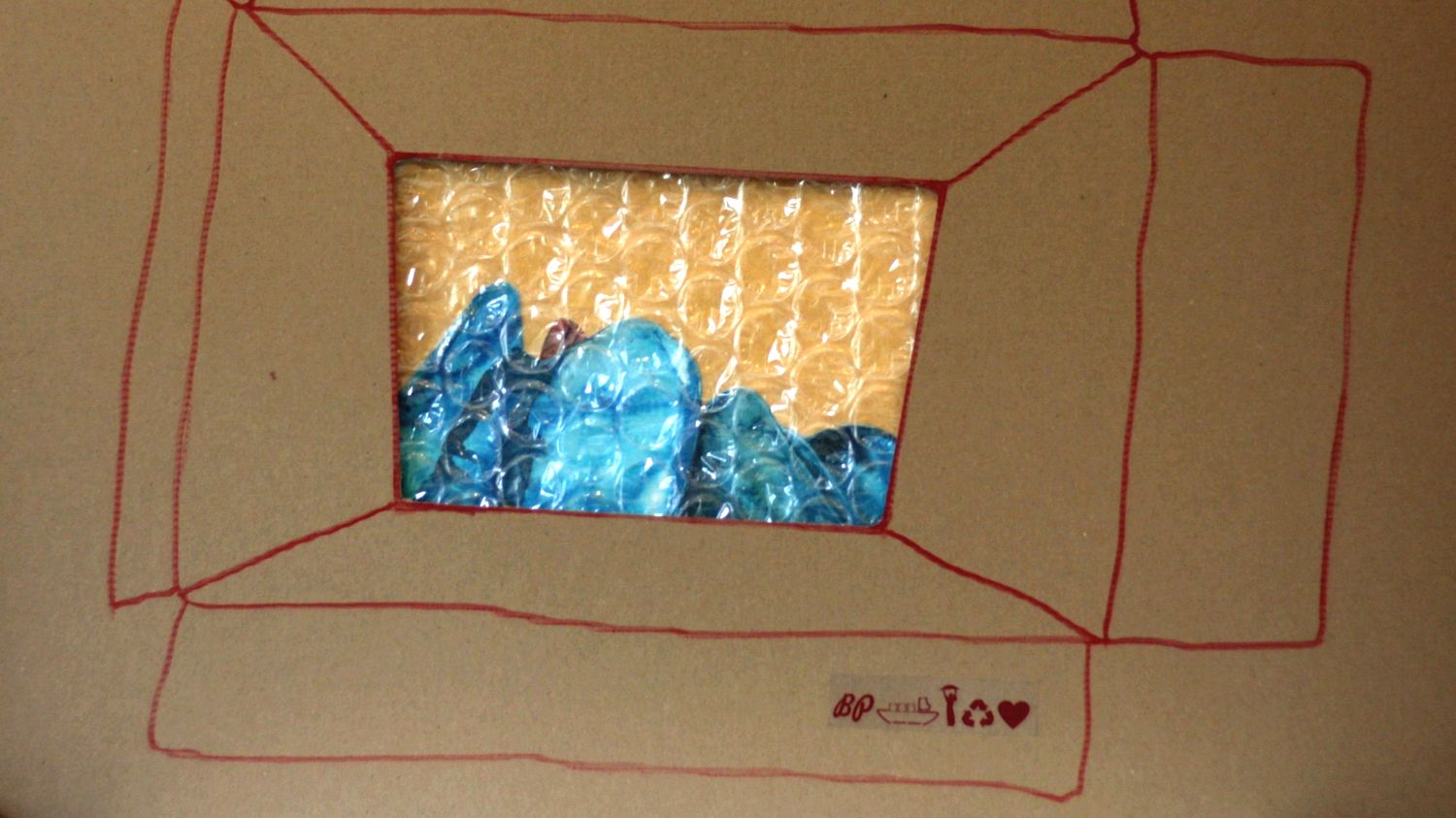 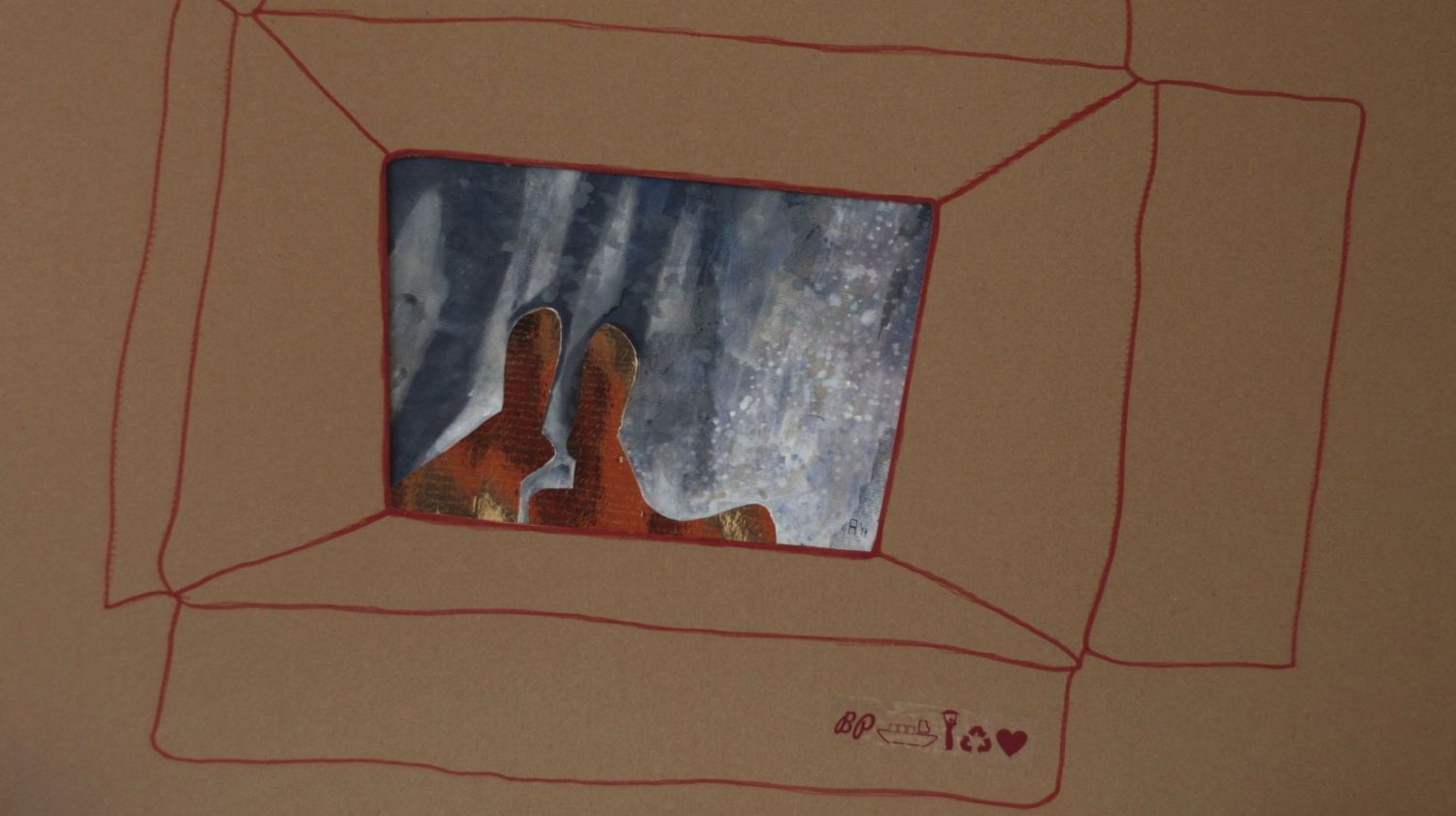 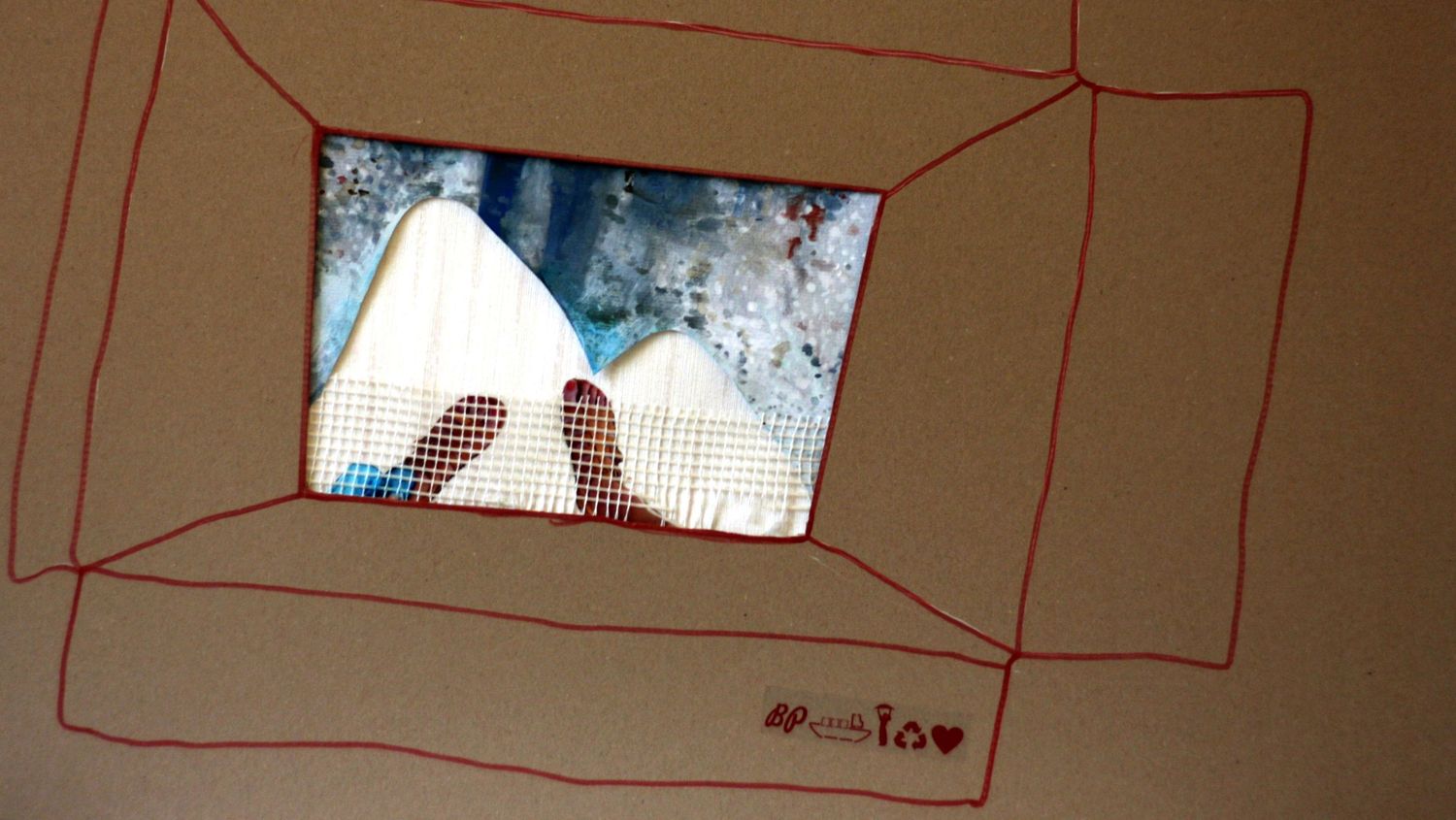 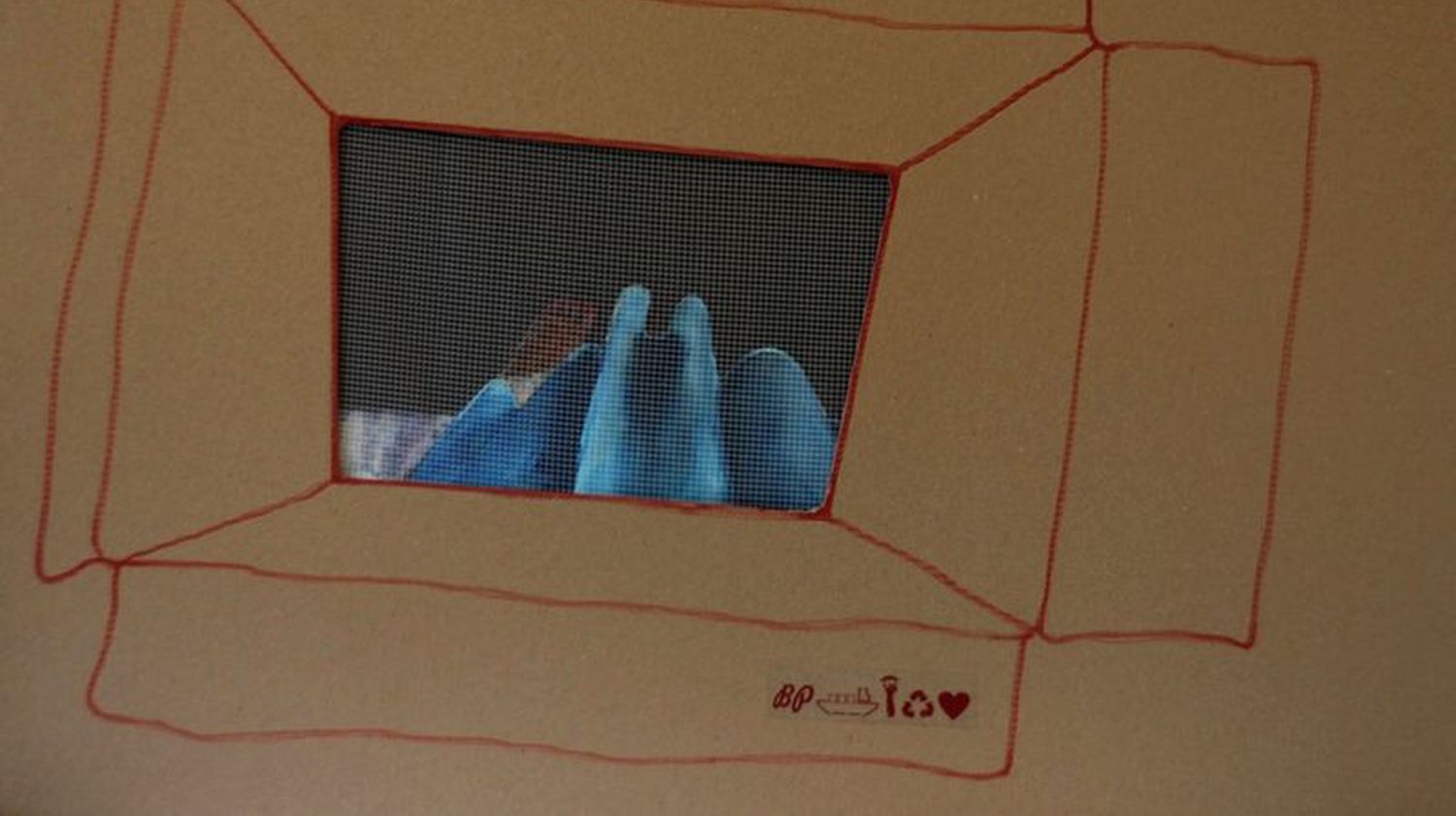 I love Budapest is a continuation and condensation of the thoughts that were already present in the Wilful Blindness exhibition—namely the Hungarian/Budapest identity, the genius loci or the ’spirit of place,’ the relationship between the individual and the community. The image of Budapest that takes shape from the multiple layers of meaning in these pieces is the creator’s own and in that way is only hers but some aspects of it are undeniably present in our collective consciousness as well.

Beyond the deeply personal narrative the present project tactfully addresses those sociocultural issues that are strongly interwoven with the city. The frames made out of cardboard, for example, bring up at once the importance of selective rubbish disposal, the question of litter that keeps accumulating in the city and the issue of homelessness as well. The frame is thus both trash and its recycled form and it also reminds us of those cardboard-pieces that marked the space of homeless people in subways before they were banished and rendered almost totally invisible by the powers that be.

The red lines tracing the frame outline a box that is opened up to our view; but these same red lines could also make us associate to the television screen which subtly hints at the issue of consumerism and the consumerist culture. With this crafty gesture high-art is set in the place of low culture, indicating more proper forms of consumption. Be that as it may, each line converges on the image beyond the frame, the very essence of the project. It is here (in the middle) where the personal, self-disclosing character of the project presents itself: the source of the images rendered in various different kinds of techniques is an actual photograph about the artist herself that shows her from quite a reversed perspective. On this ’’self-portrait’’—a fitting specimen of the selfie-culture—besides the breeze blowing across the skirt of the figure whose legs stand firm on the ground we do not actually see anything. Although we barely see the figure, her presence on the picture is very strong: in that frozen moment she is the here and she is the now. And though she is standing at a place that is not concrete and identifiable—except for the grayness of the asphalt providing some vague clues—we know that this is Budapest, our ceaselessly bustling hive of a capital.

The idea of ’lack’ plays a significant function in Herbert’s pictures. In effect, we cannot make out the figure in her actuality and the place is similarly vague, rendering both the figure and the ground replacable—the figure in the skirt might very well be the spectator herself and the ground her own personal and specific place in Budapest. This is how the disparate realities of the spectator and the artist actually blend. The legs are very prominent in the pictures constituting as such an essential part of the places presented in them. With this emphasis Herbert continues the theme brought forth in her previous series entitled Happiness Places wherein the highs and the lows, the joys and the disappointments, and even one’s identity itself are strongly tied to the given space, the actual place. To quote Trencsényi Zoltán: ’’everyone experiences beautiful and memorable moments, and it is no wonder that the actual place of those moments also burns itself into one’s memories’’. For the artist Budapest means a strong relationship, a commitment to its numerous places and an intense and highly active presence in those places.

As for the concrete places where Herbert is active and present we learn about them from the pictograms on the cardboards. The Liberty Statue and the emblem of the A38 localizes those places in Budapest where the artist feels at home. As pictograms these places are endowed with further symbolical meaning too, appearing as tokens of freedom. The confessional style is further enhanced in these icons by bearing the artist’s signature as well. Besides continuity the five pieces set side by side bespeak of change and transformation. With the play of the different textures, layers and materials the artist is quite adept at depicting her Budapest-image as, once again, the nets, tapes and bubble packs bring the questions of consumerism to one’s mind. The actualization and translation of these inner images is in perfect line with the poems exhibited next to them on the wall and, without doubt, is also in harmony with the particular Budapest-image of the given poets. The Budapest-image of Ayhan Gökhan, Izsó Zita, Magolcsay Nagy Gábor, Ughy Szabina, Simon Márton and Herbert Anikó are all different but in juxtaposition to the pictures they form a dense texture of sorts that calls forth the Budapest of our collective consciousness which harbours both a sense of belonging and the desire of going away.

The I love Budapest project confronts us with that kind of unique Budapest-feeling in which the longing to leave and to start a better life somewhere else is still overridden by our strong ties to the city, the fact that we belong here. The feeling that manifests in these pictures is by and large very similar to what Forgács Nóra Kinga writes in the following passage: ’’we love our navel like this, in the middle, with all the dirt and lint inside it, with all the dilemmas regarding the whence and the why and the how? Why exactly like this are we at home here? Why are we supposed to use our spaces in the way we do?’’ These questions come up over and over again if we talk about Budapest, and one thing is sure: this city is ours and we love it, sometimes passionately sometimes with wrathful anger, but in the end we decide to stay here, we just stay, we stay.