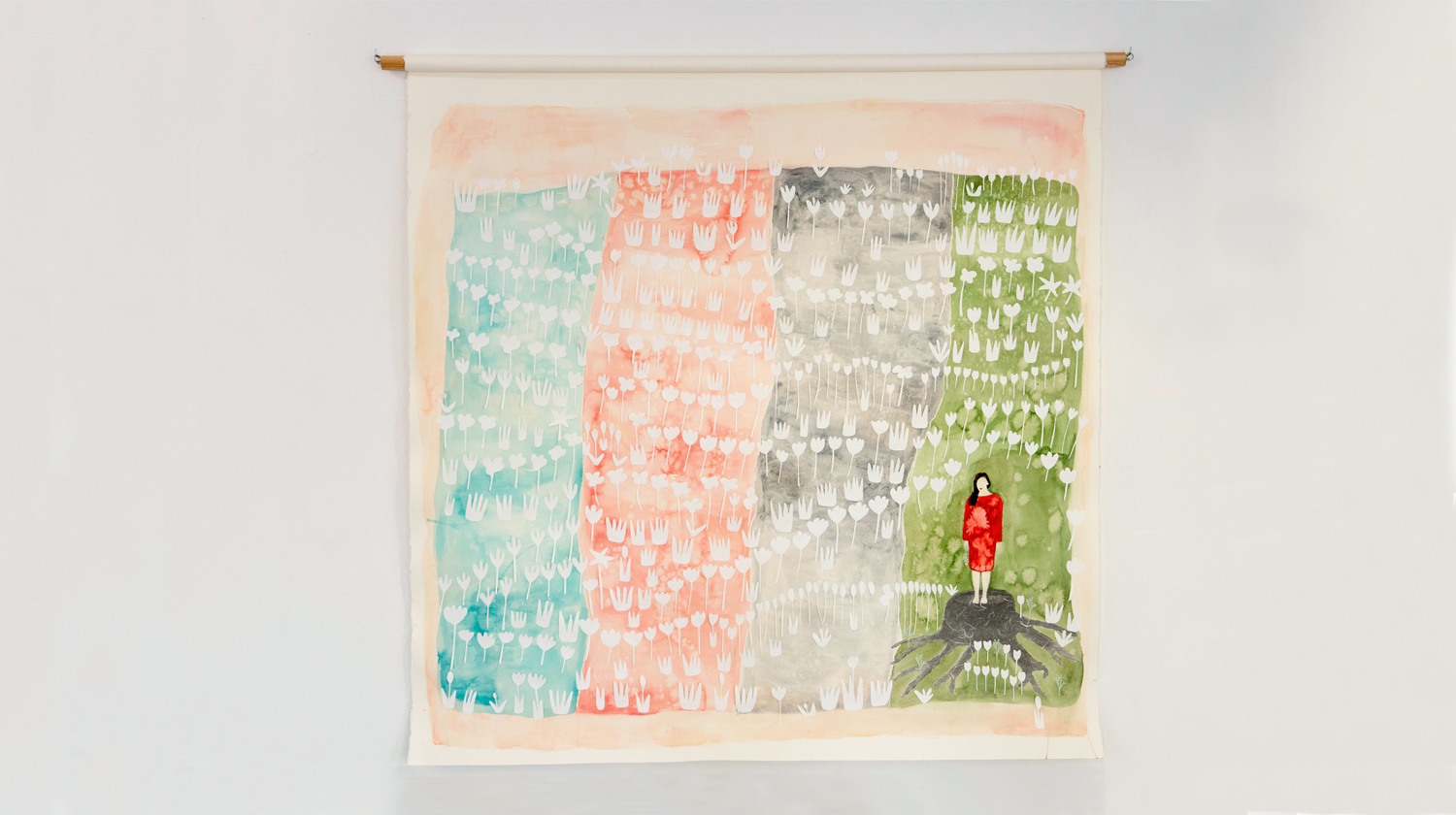 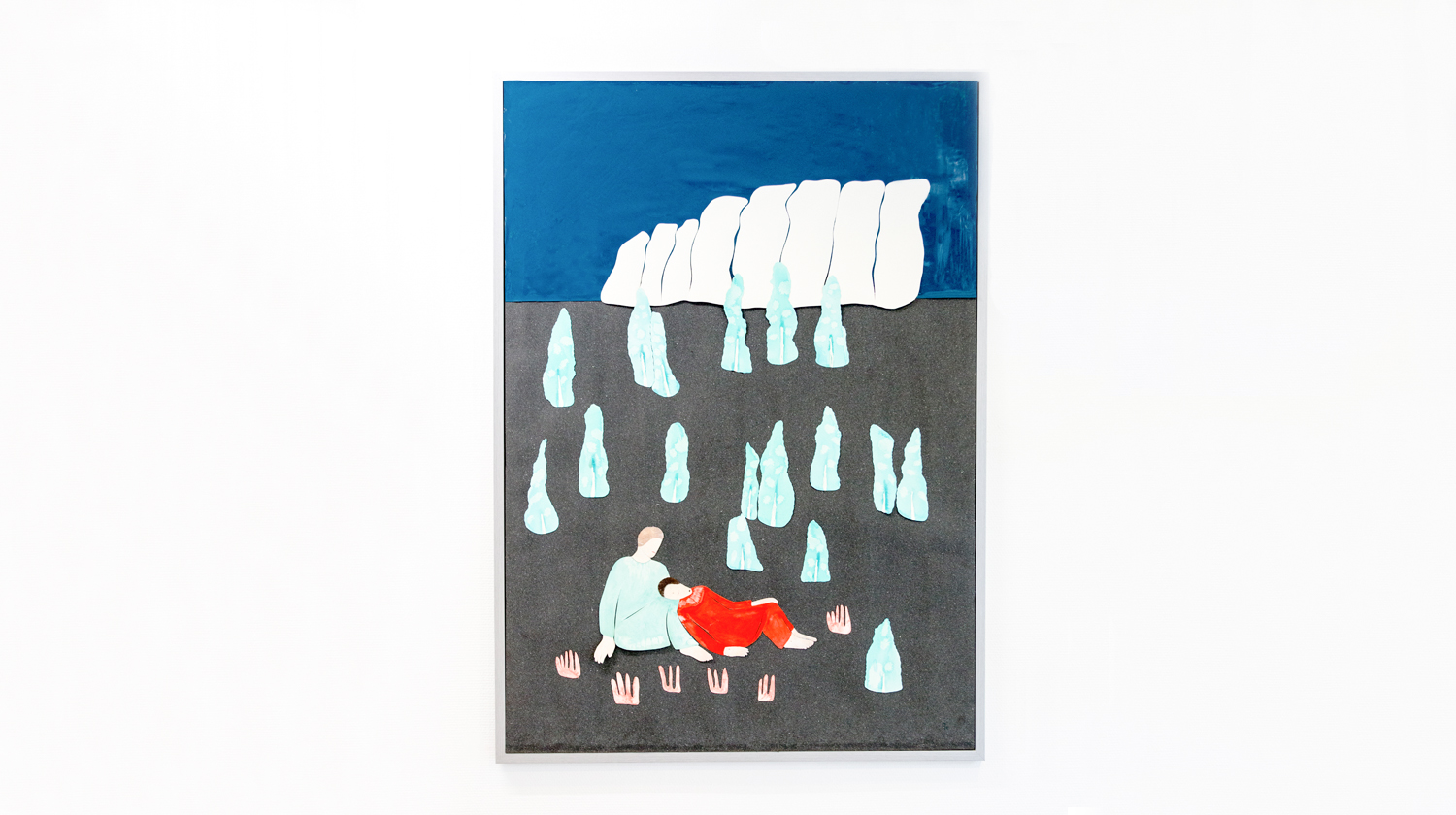 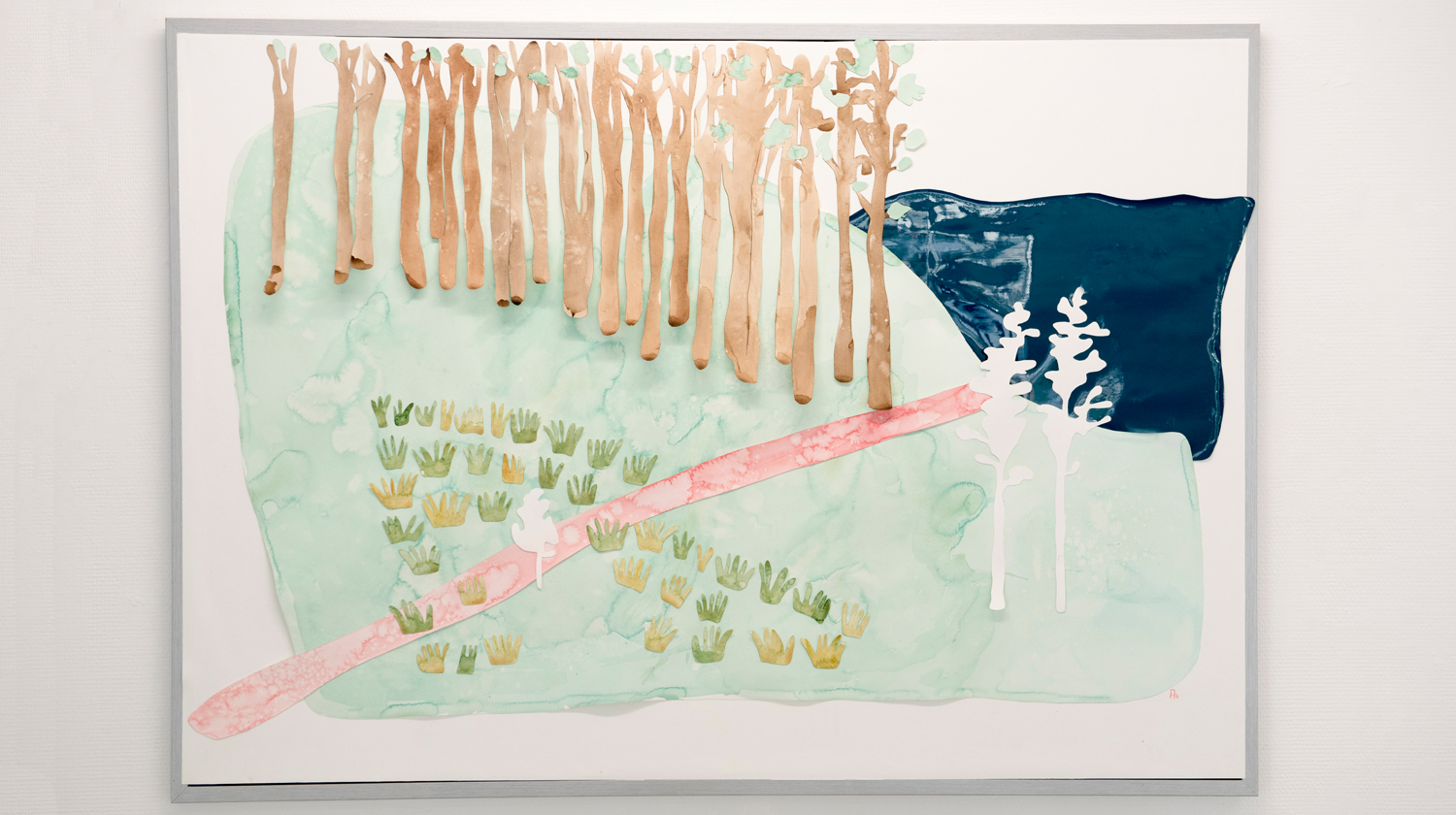 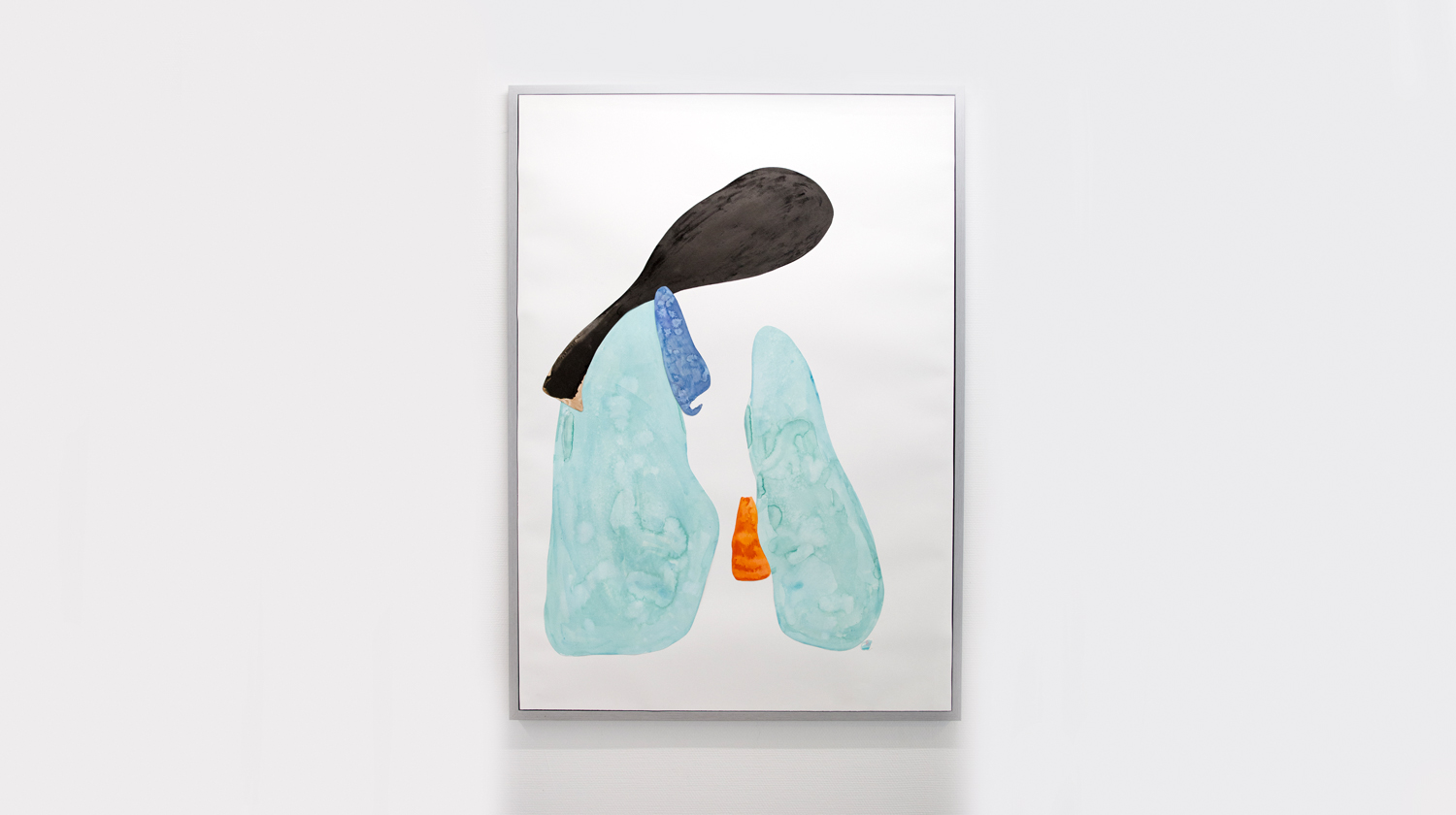 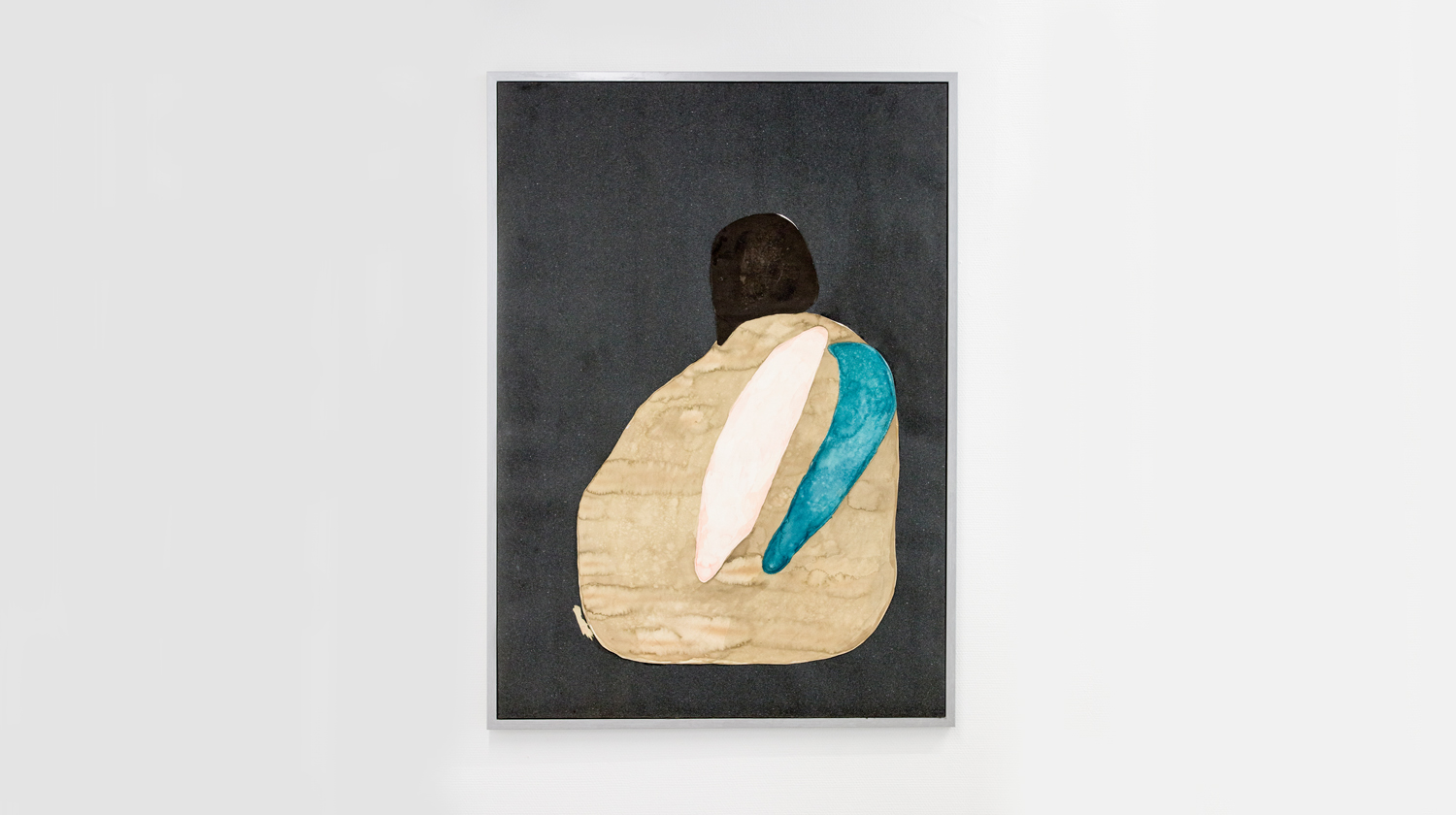 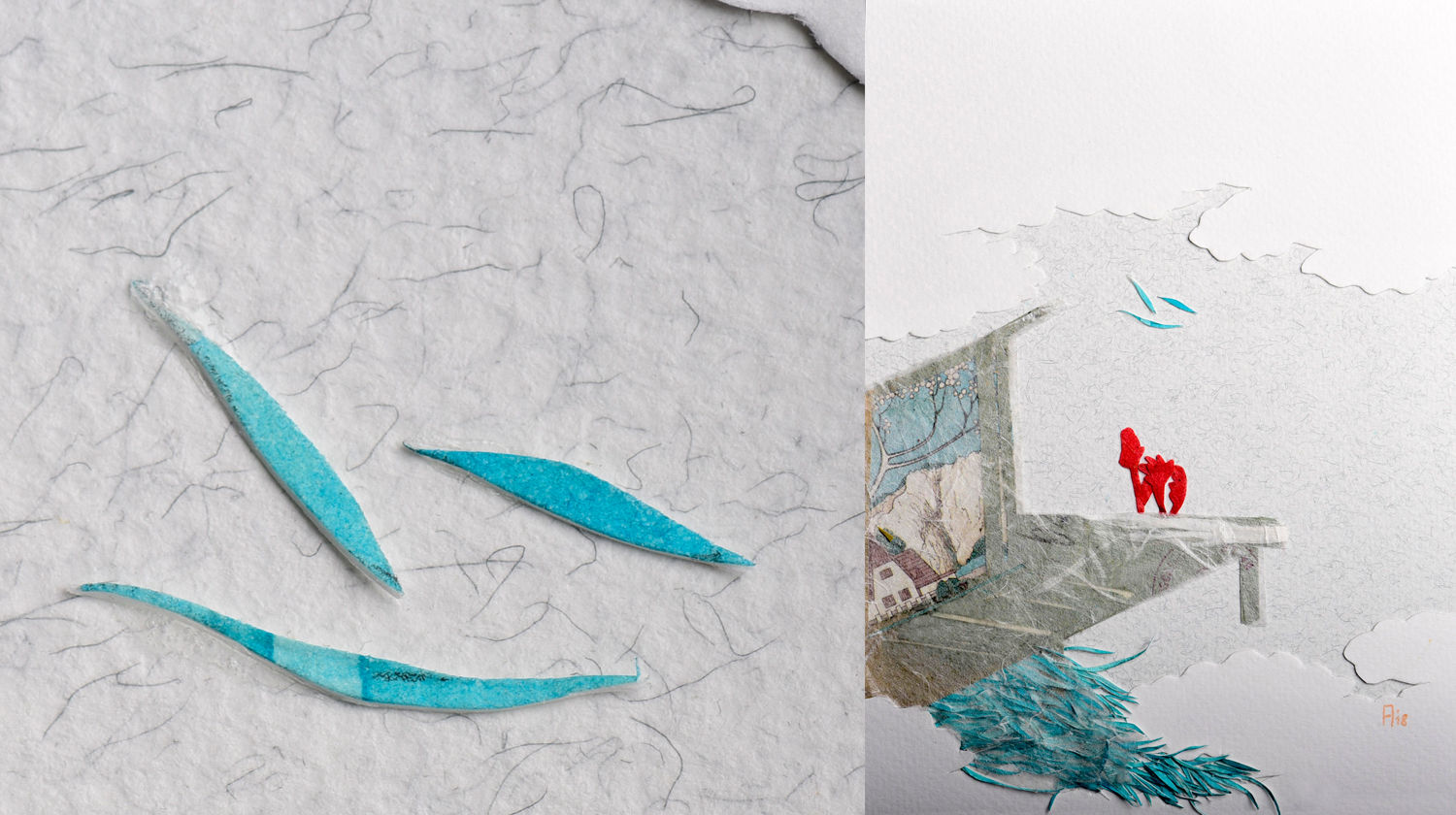 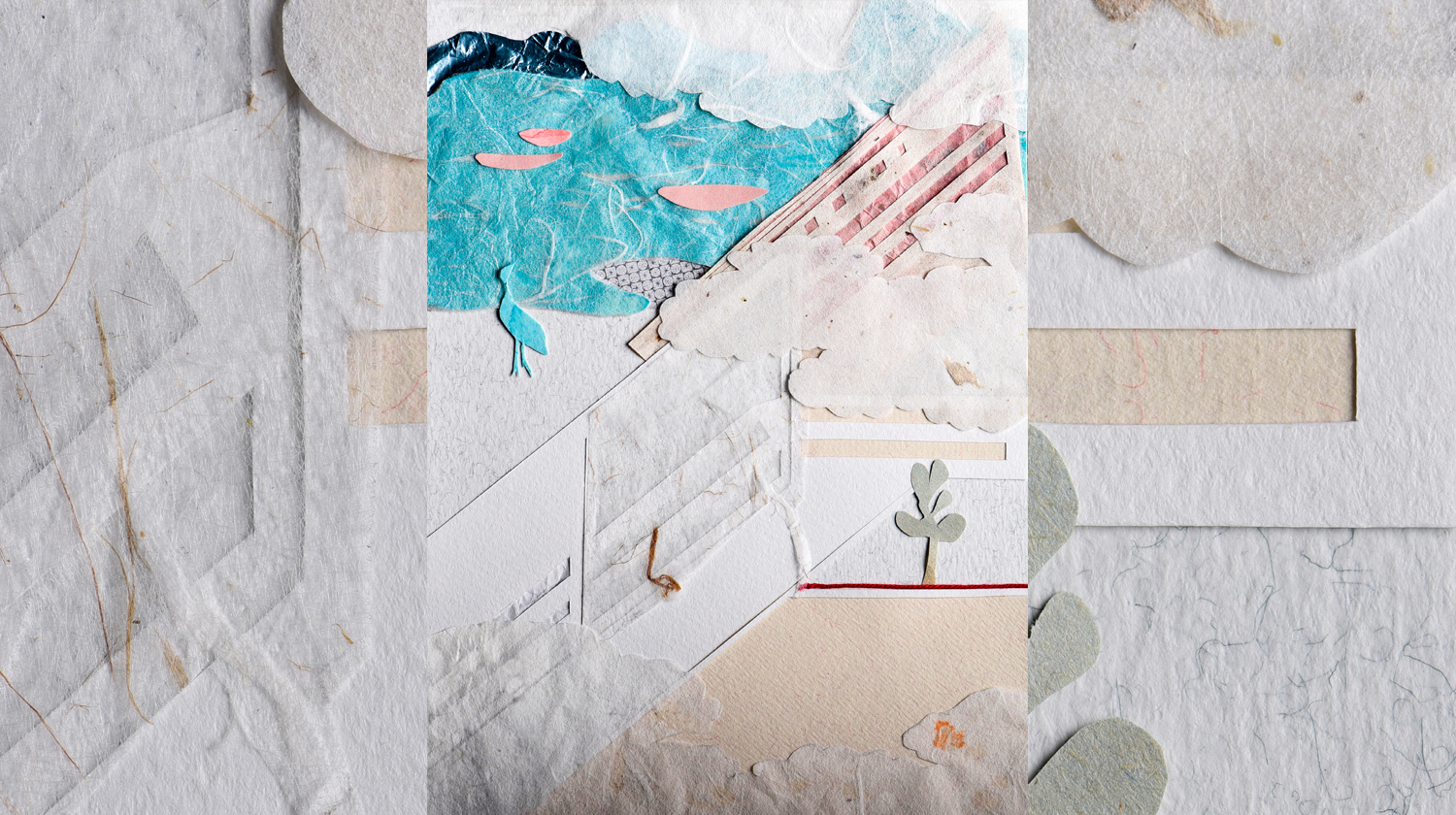 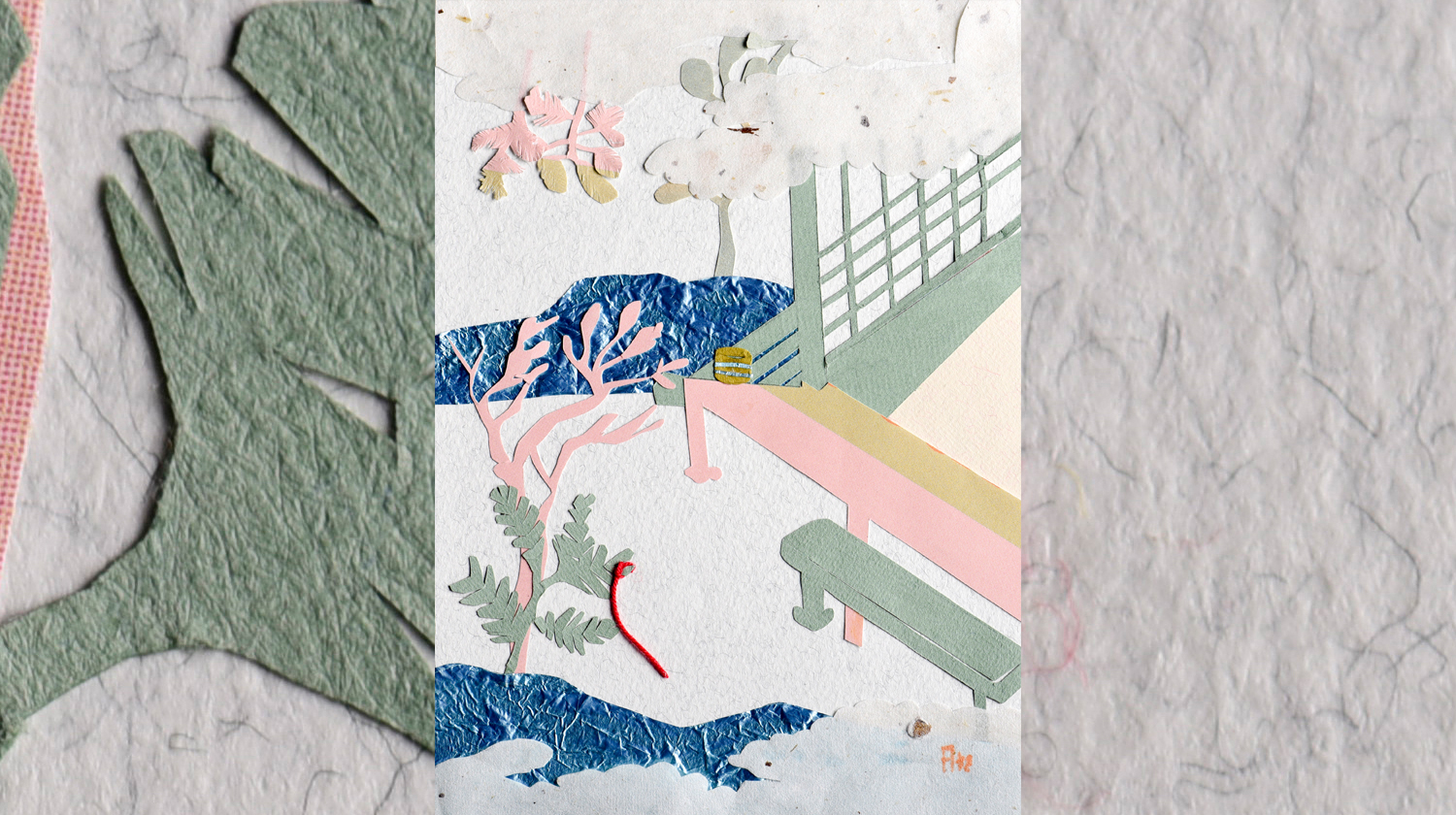 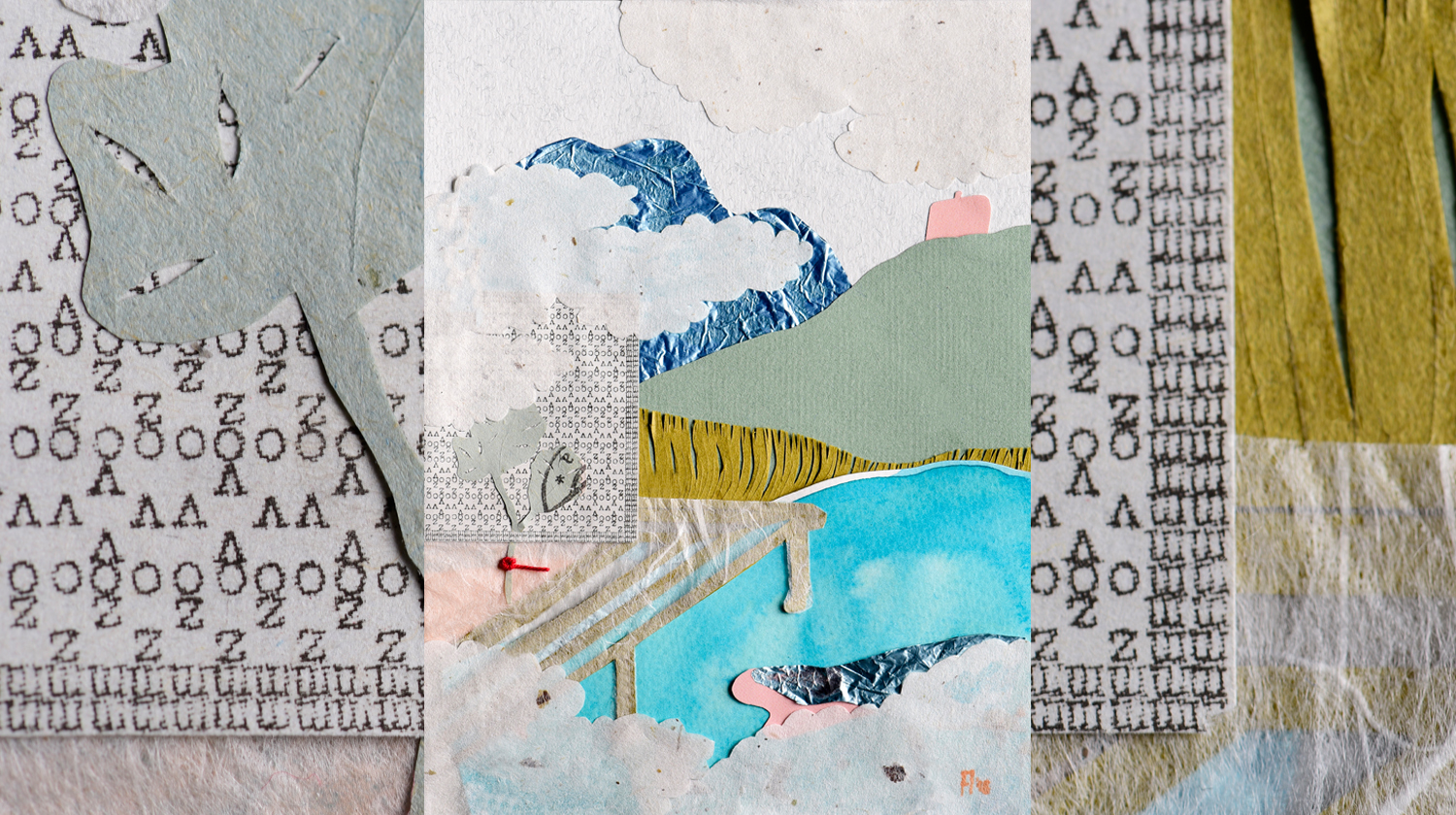 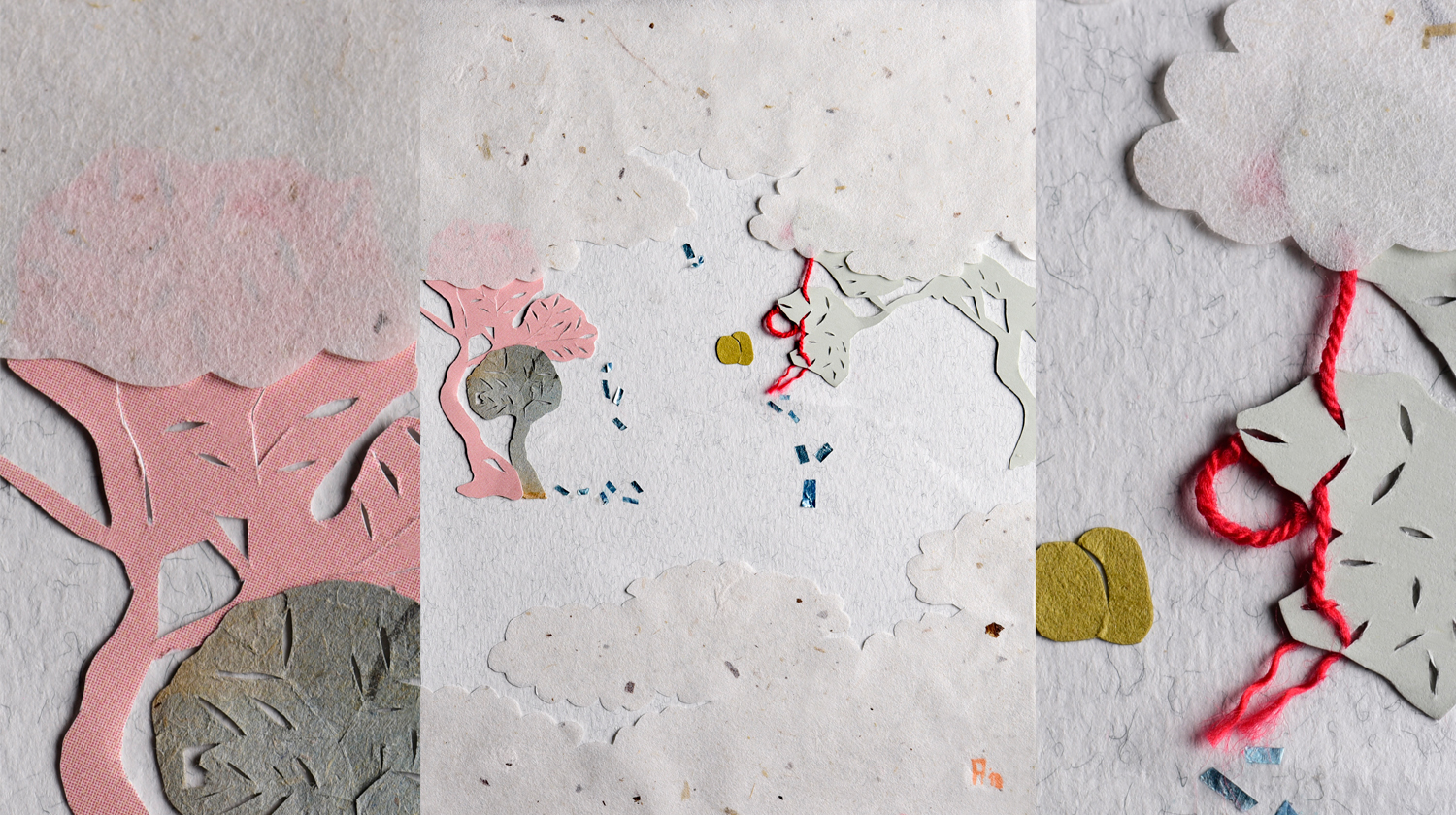 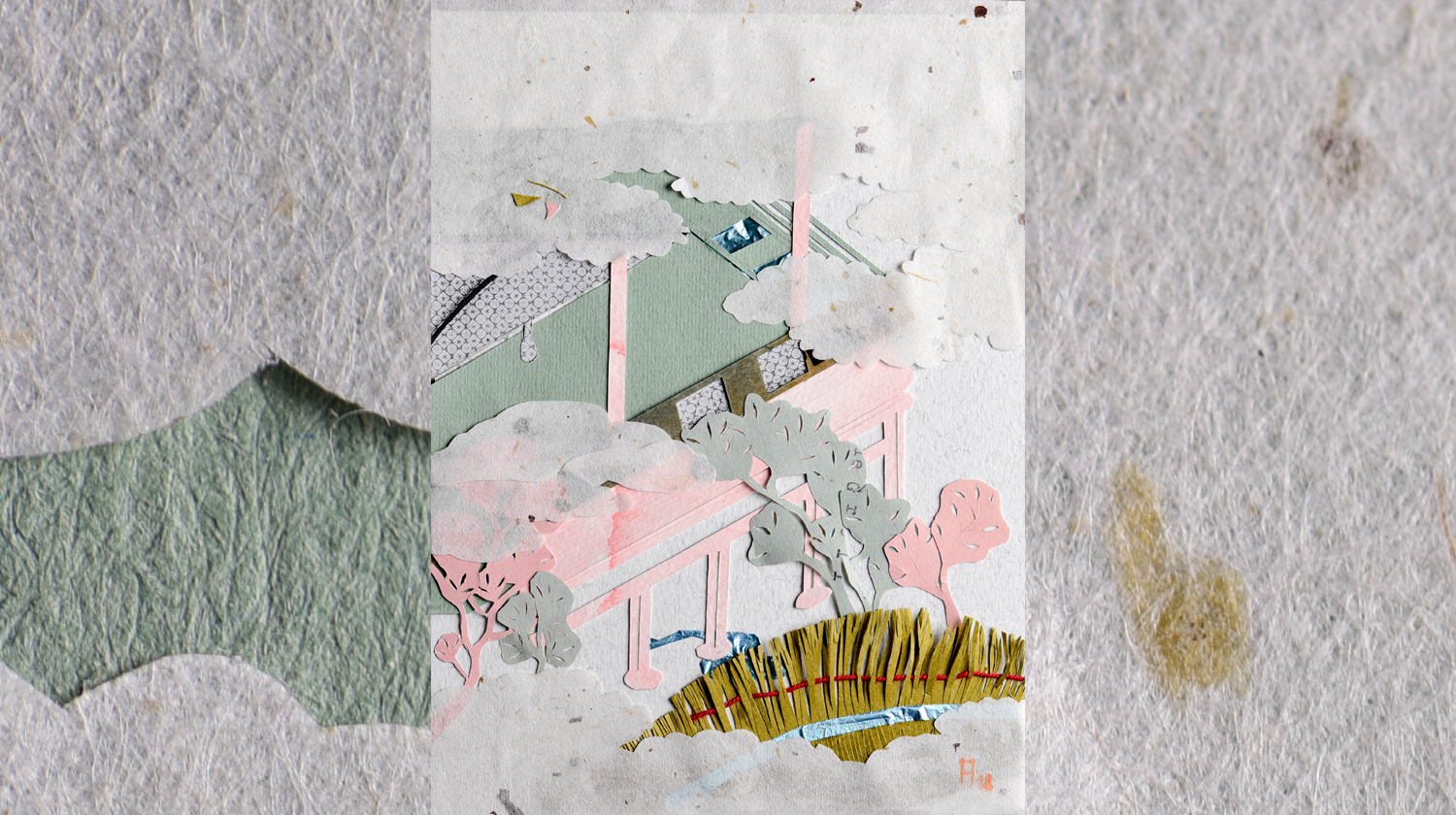 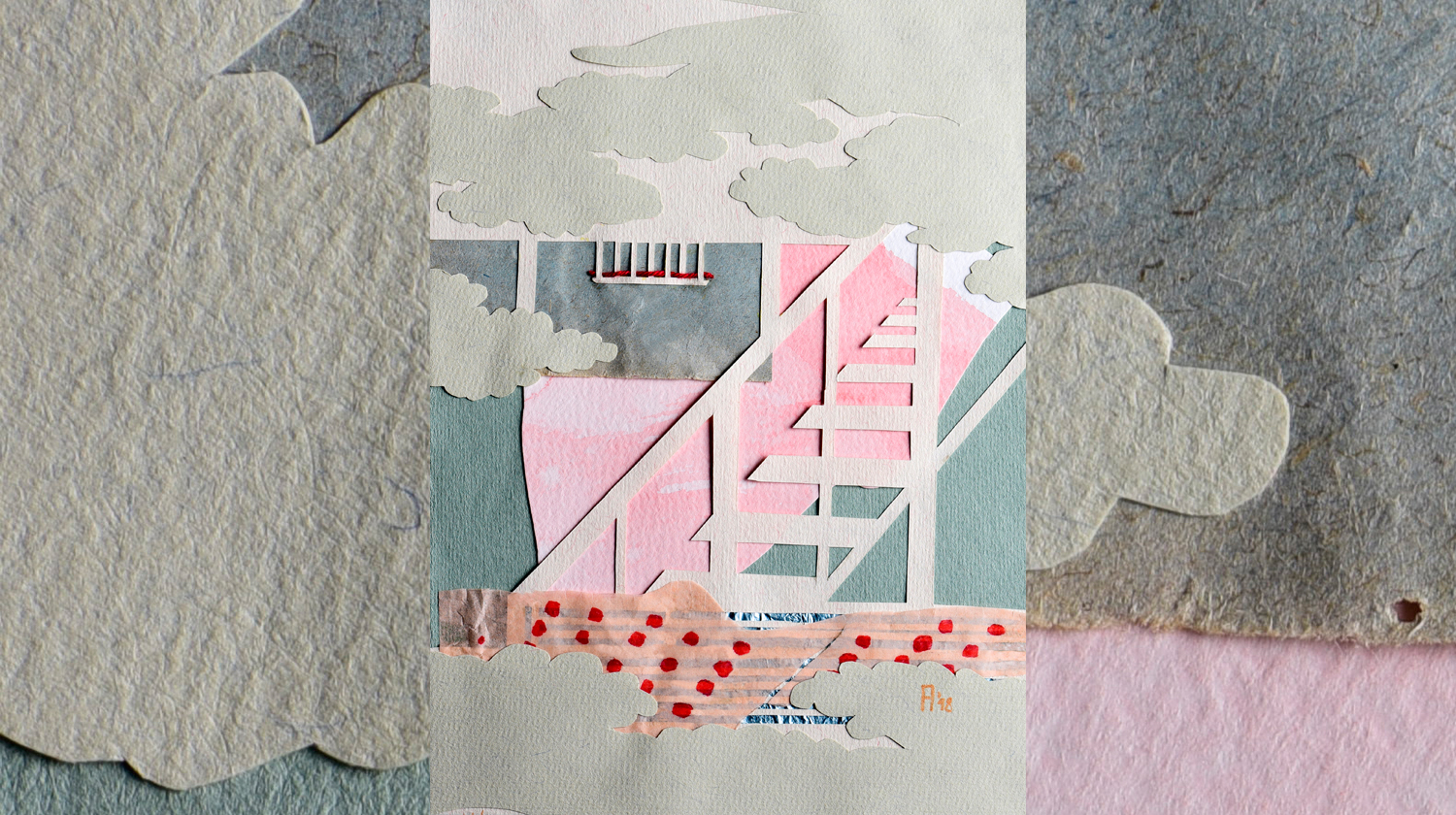 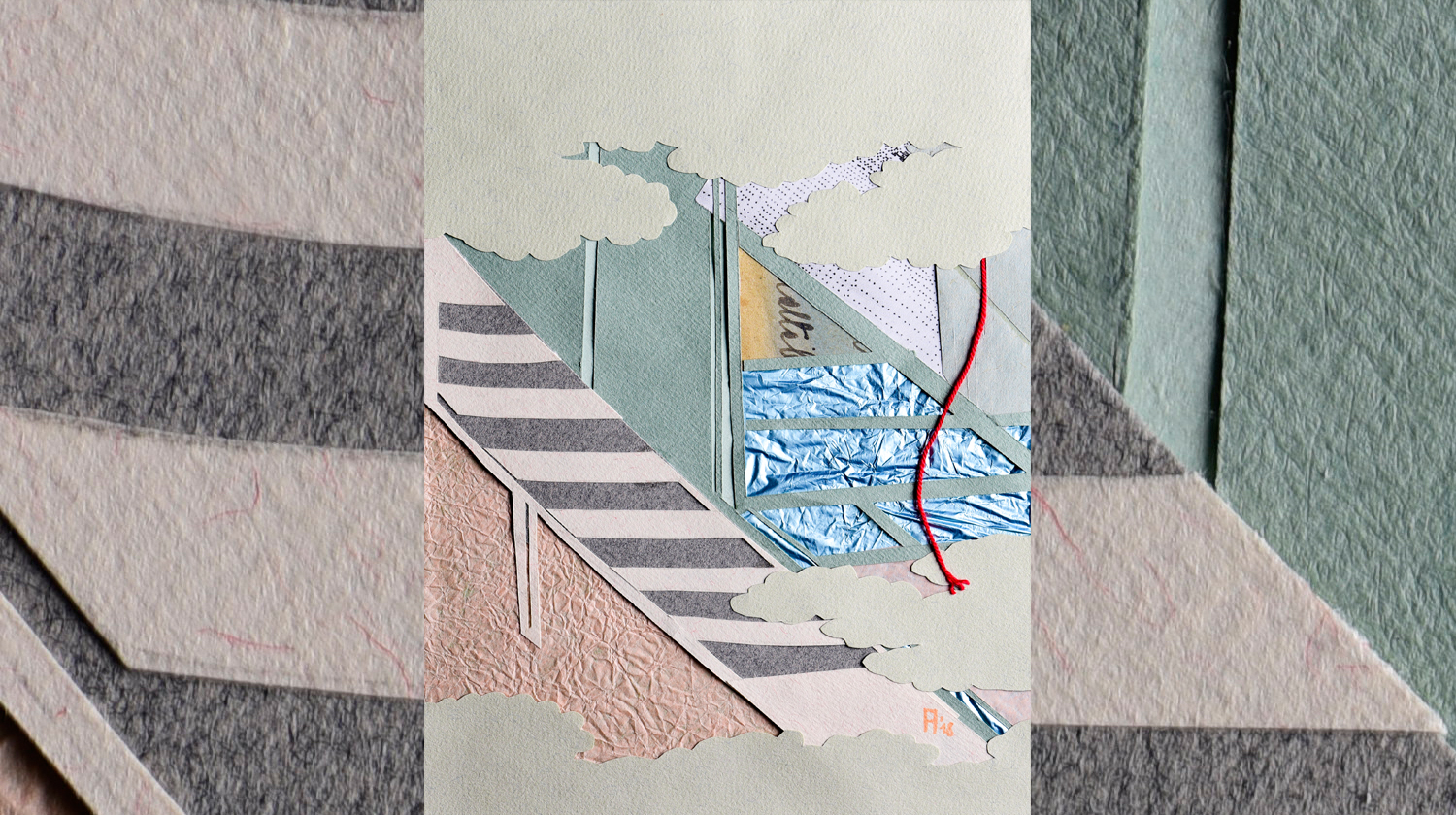 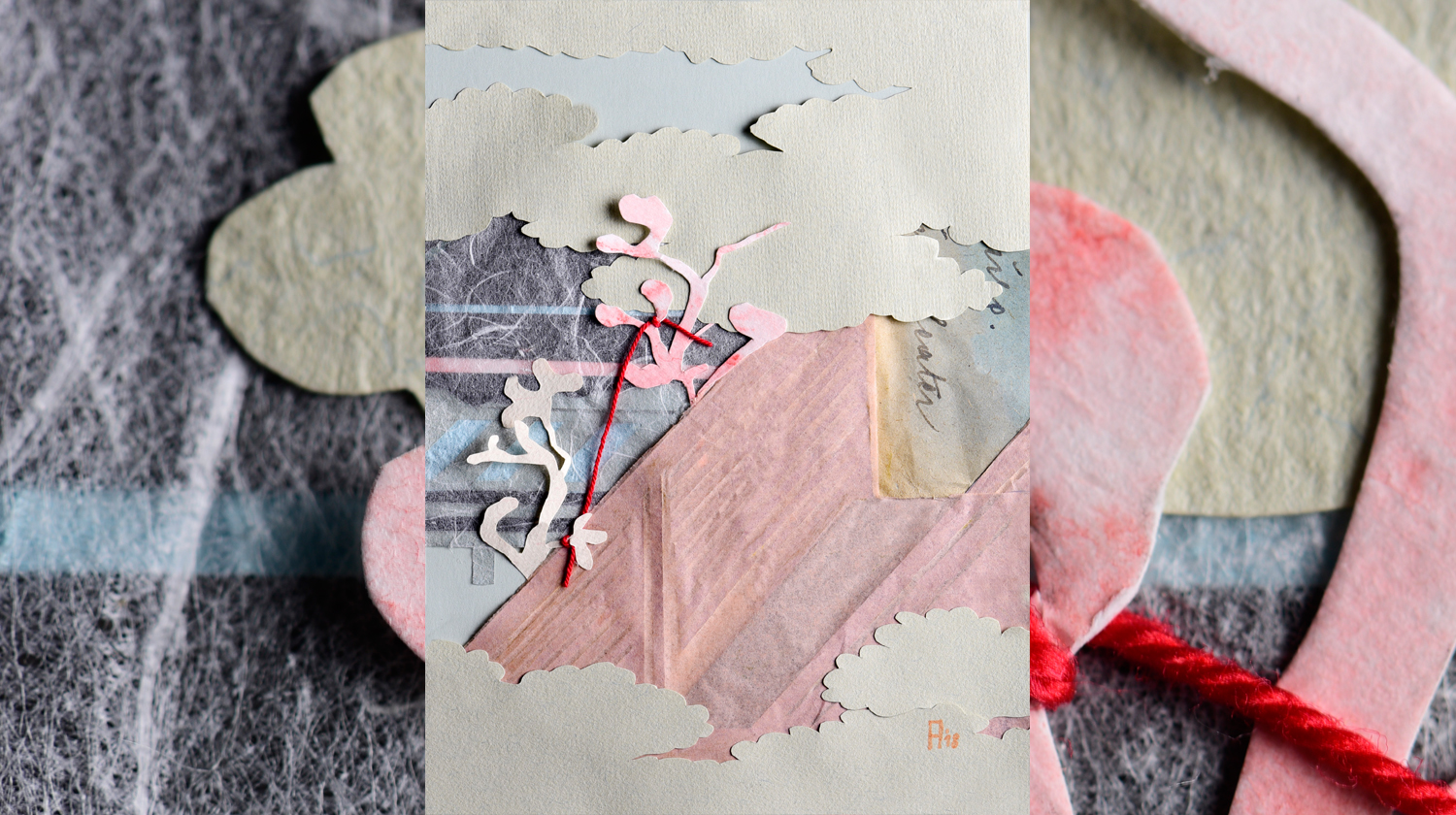 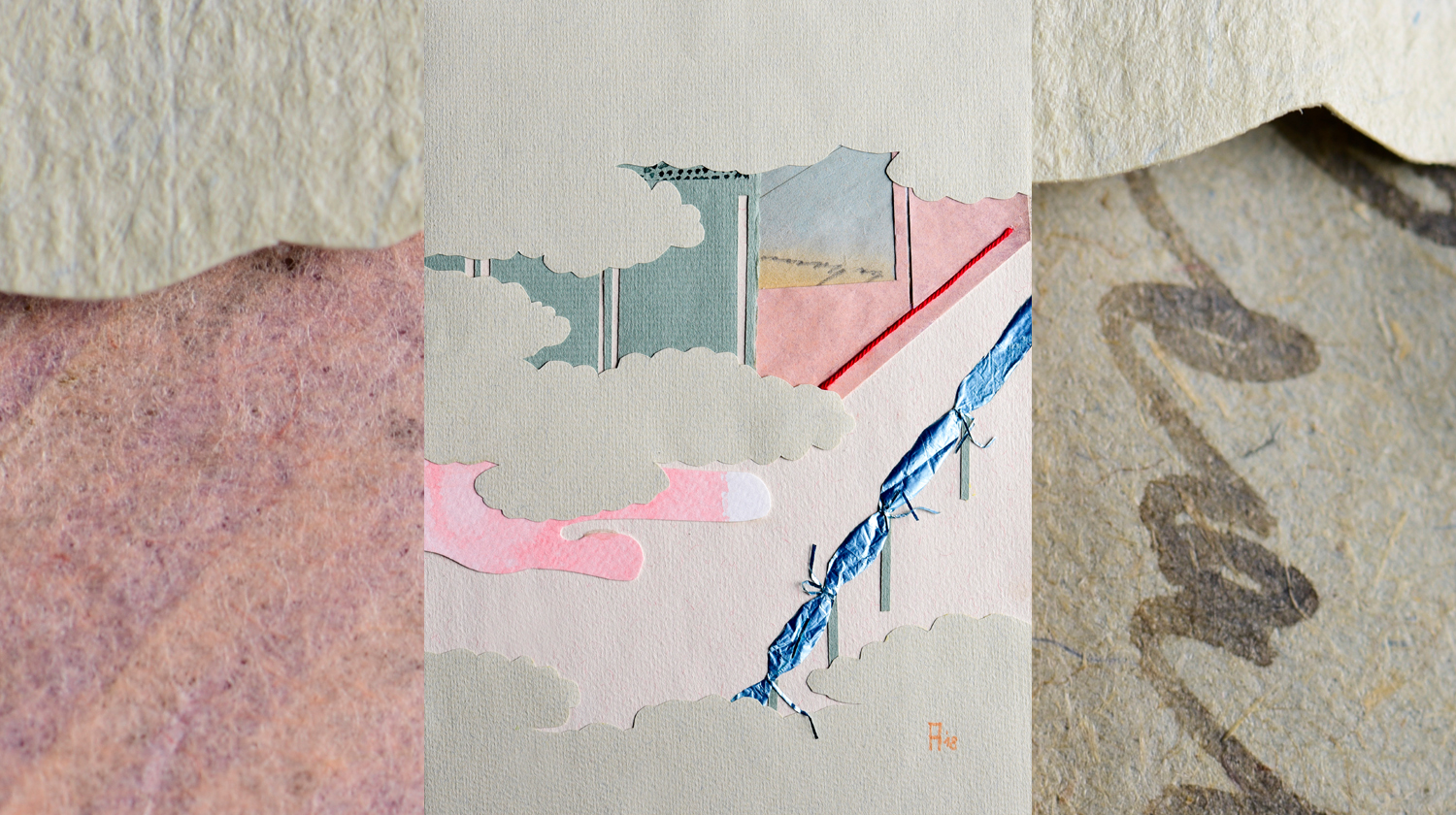 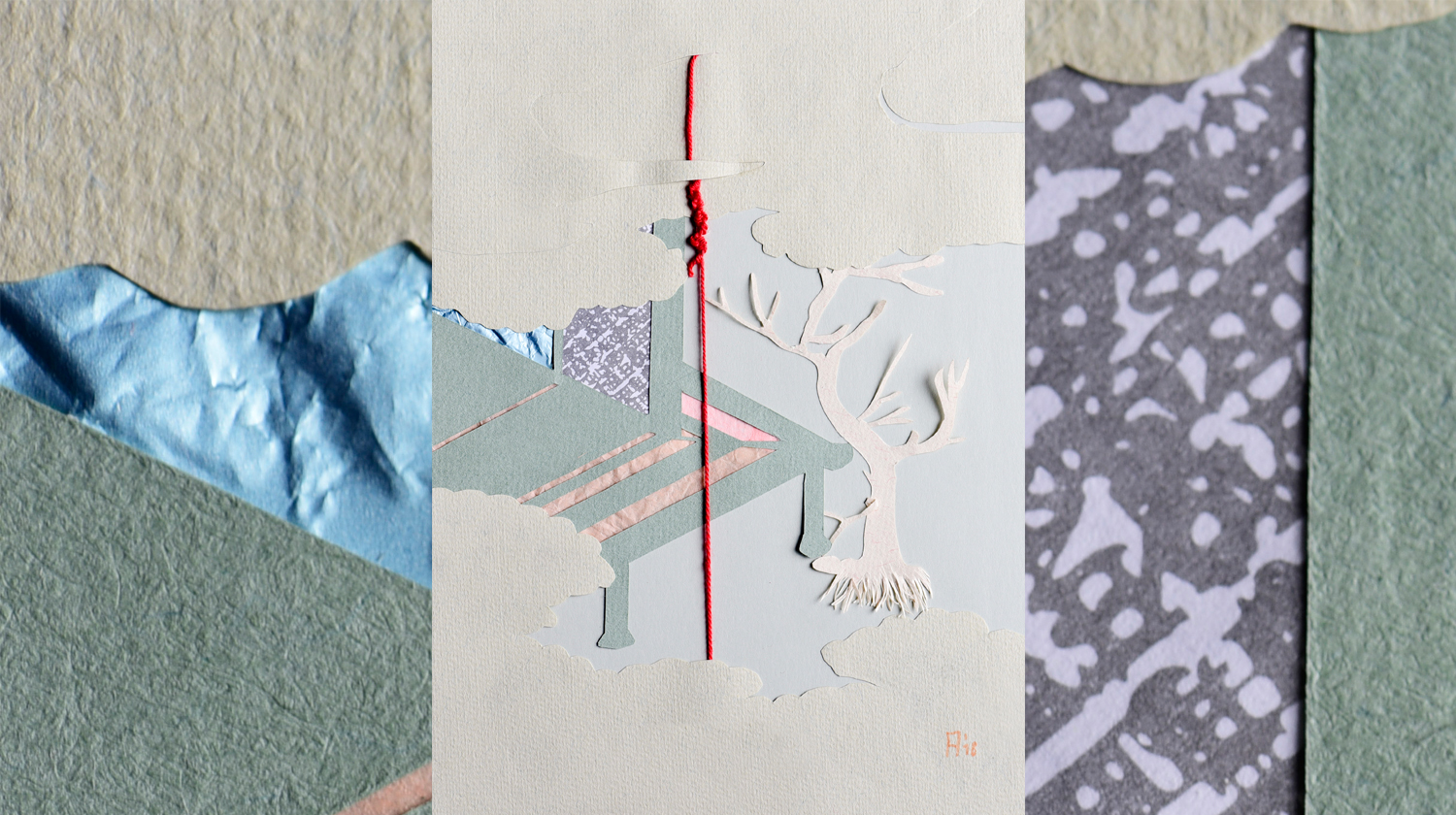 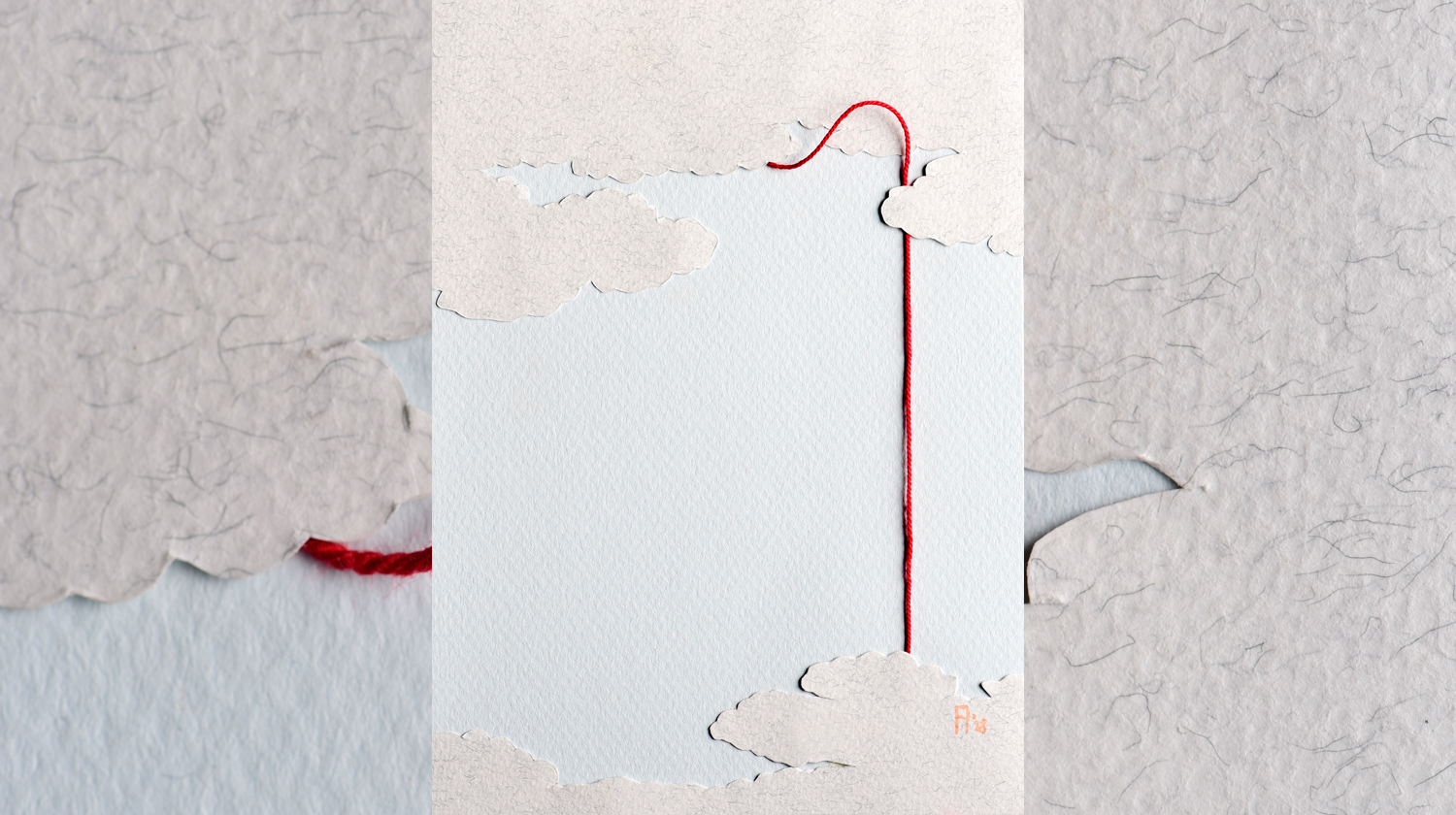 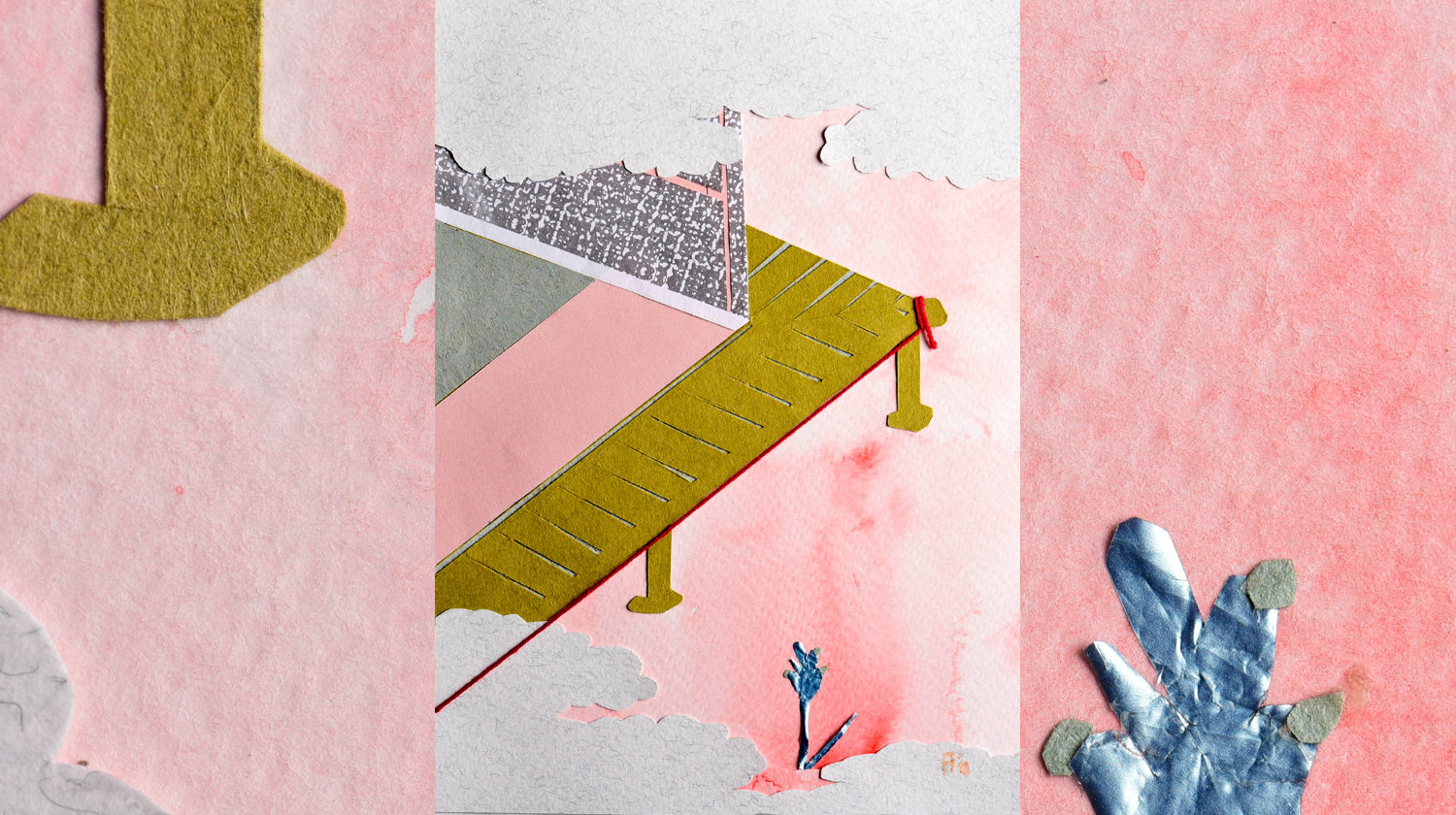 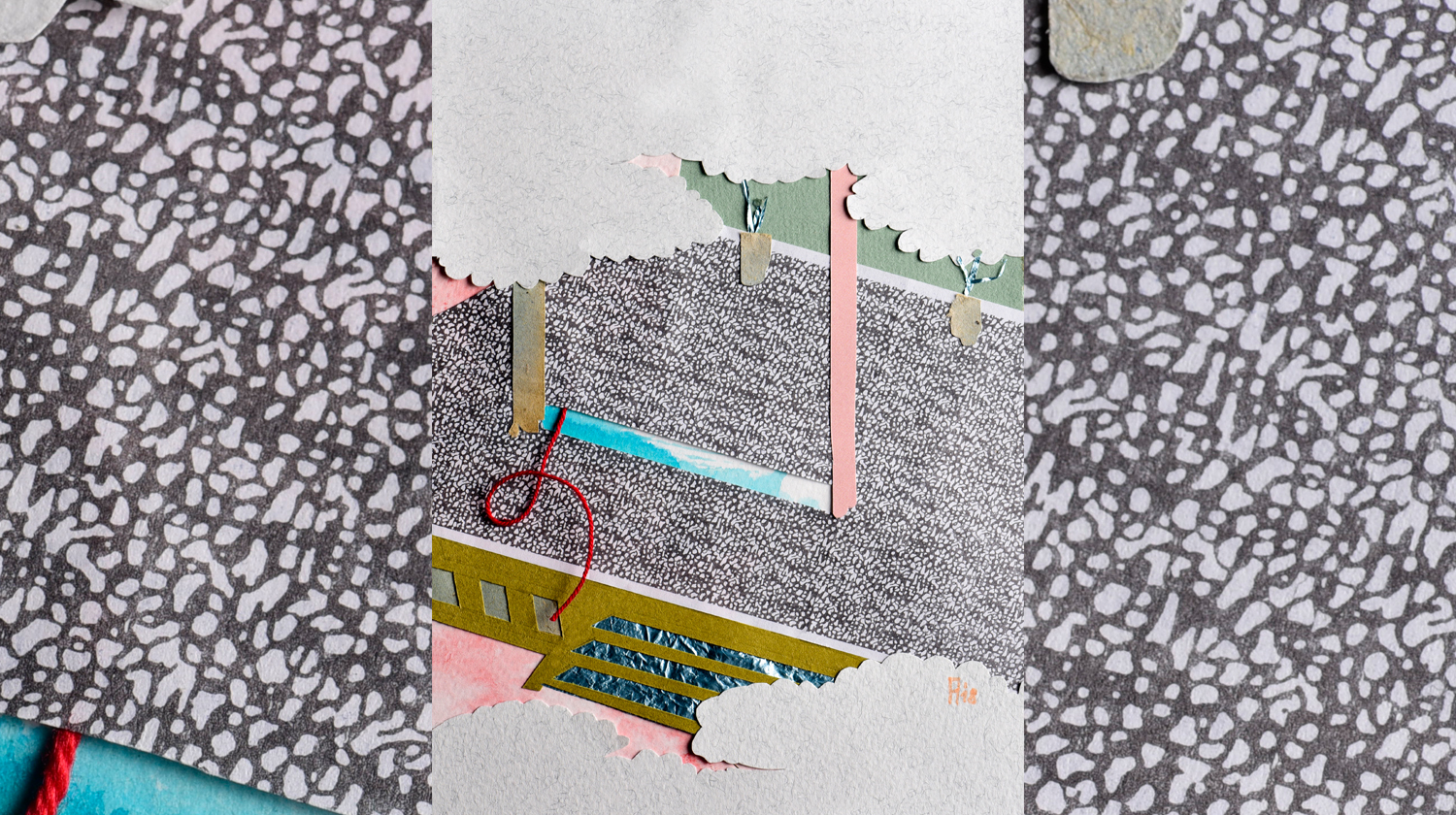 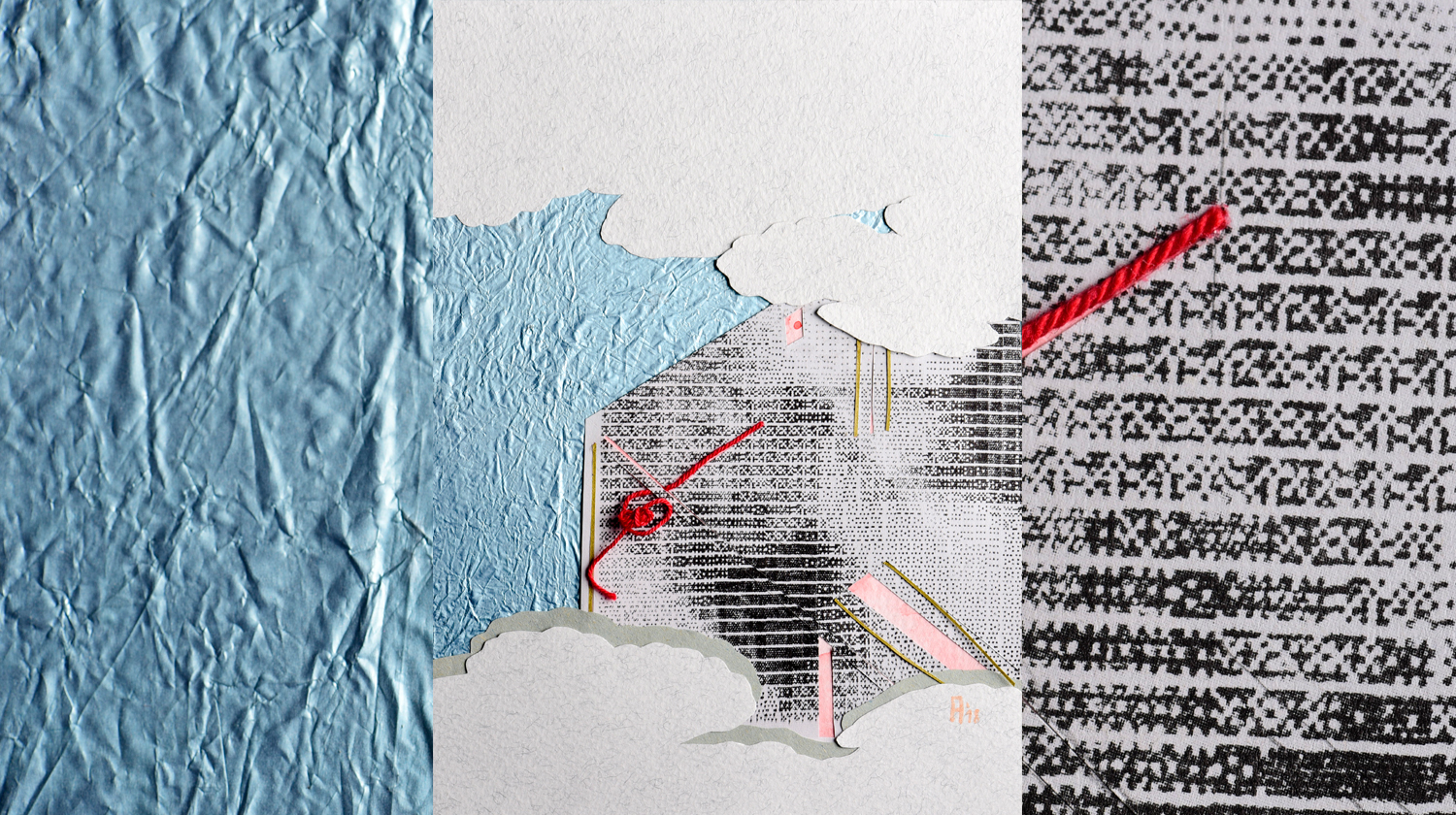 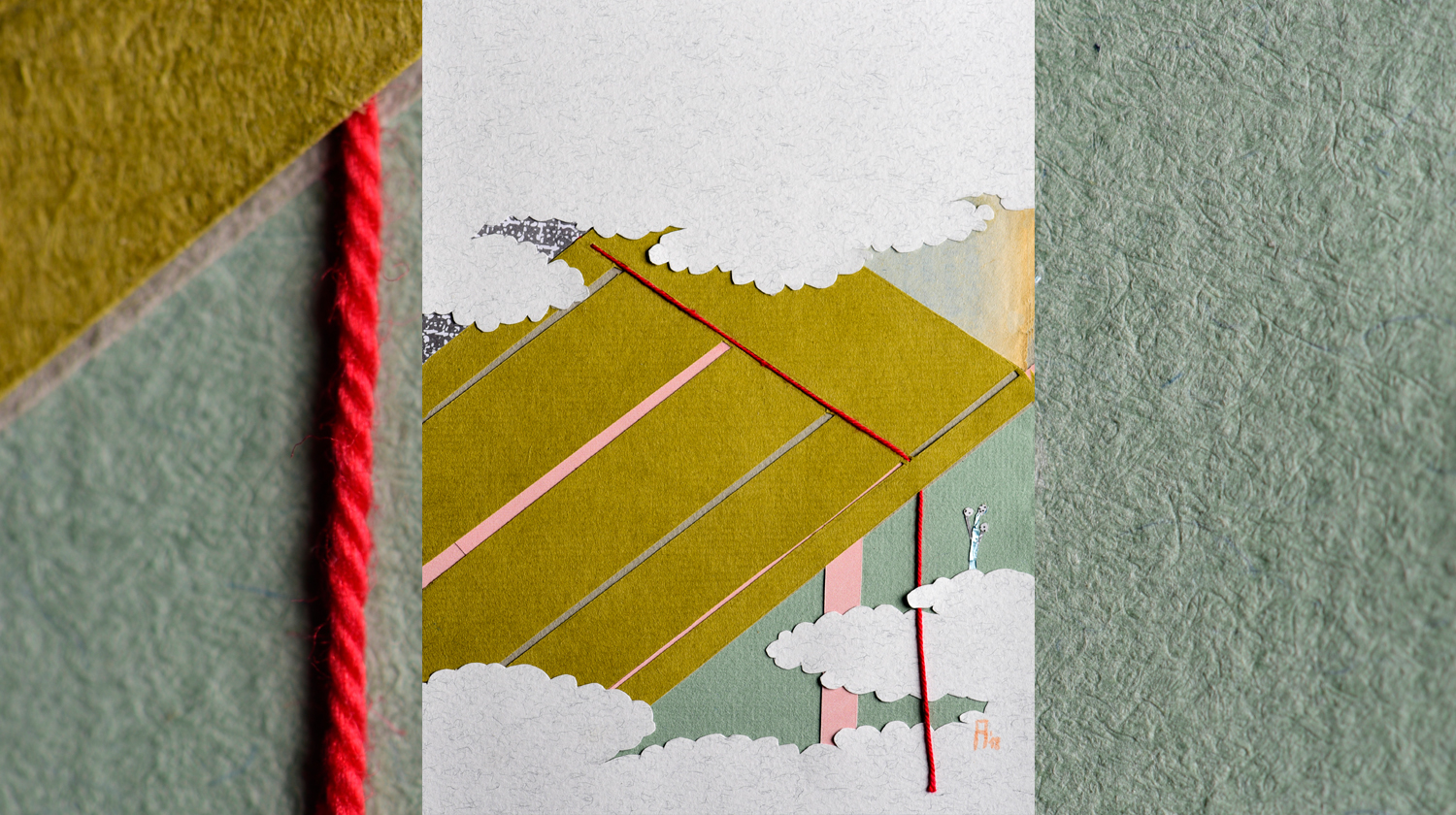 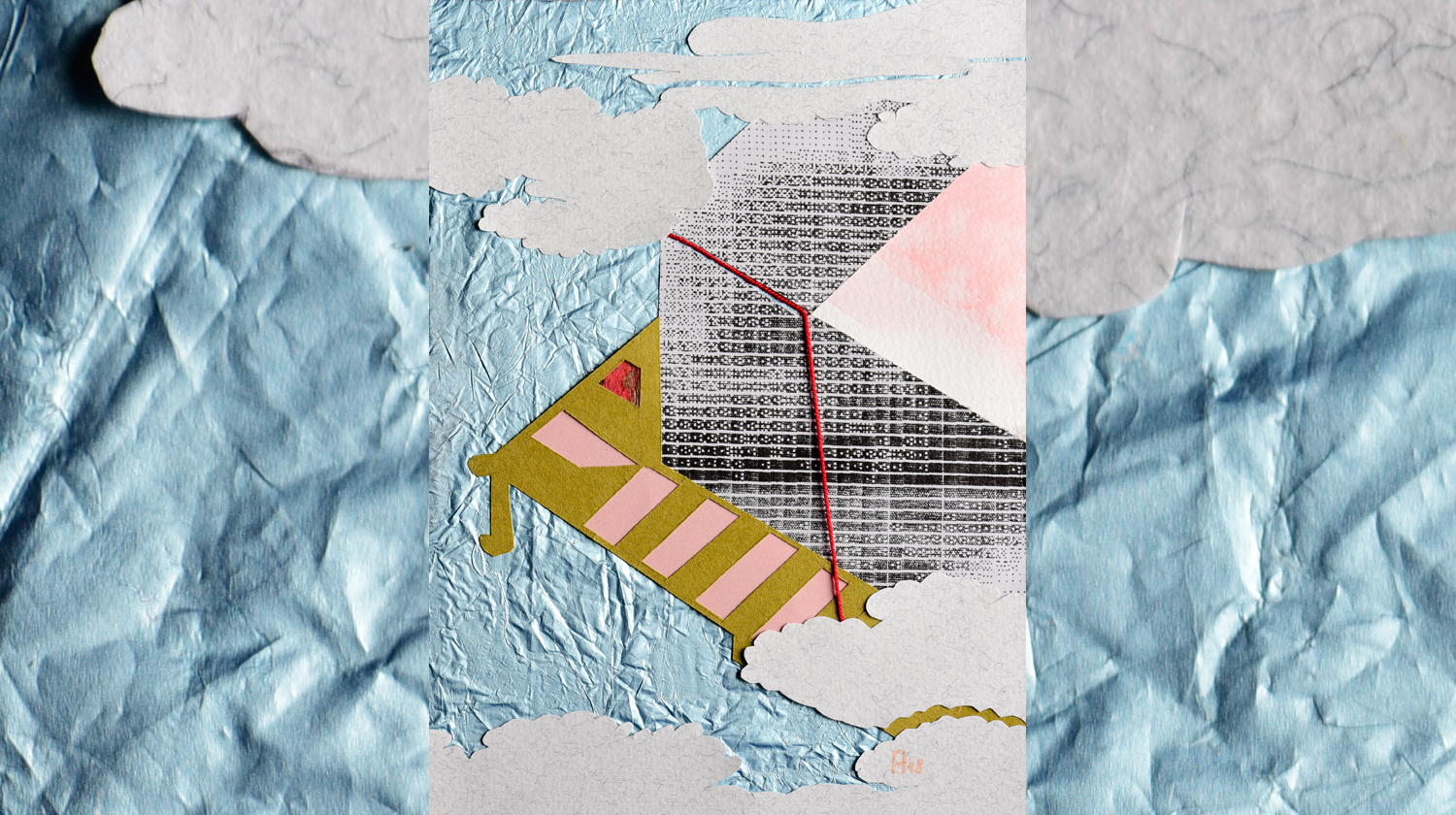 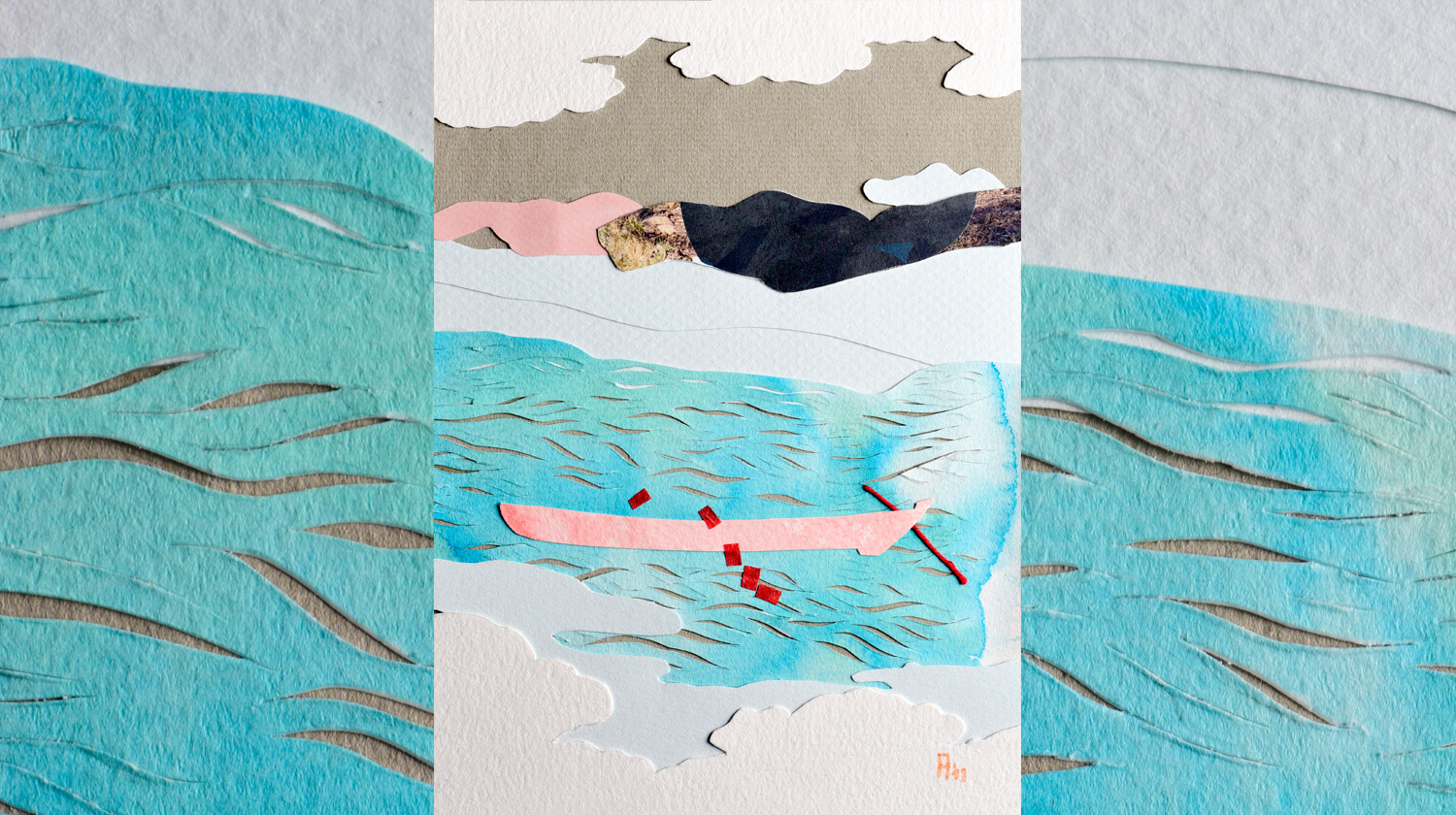 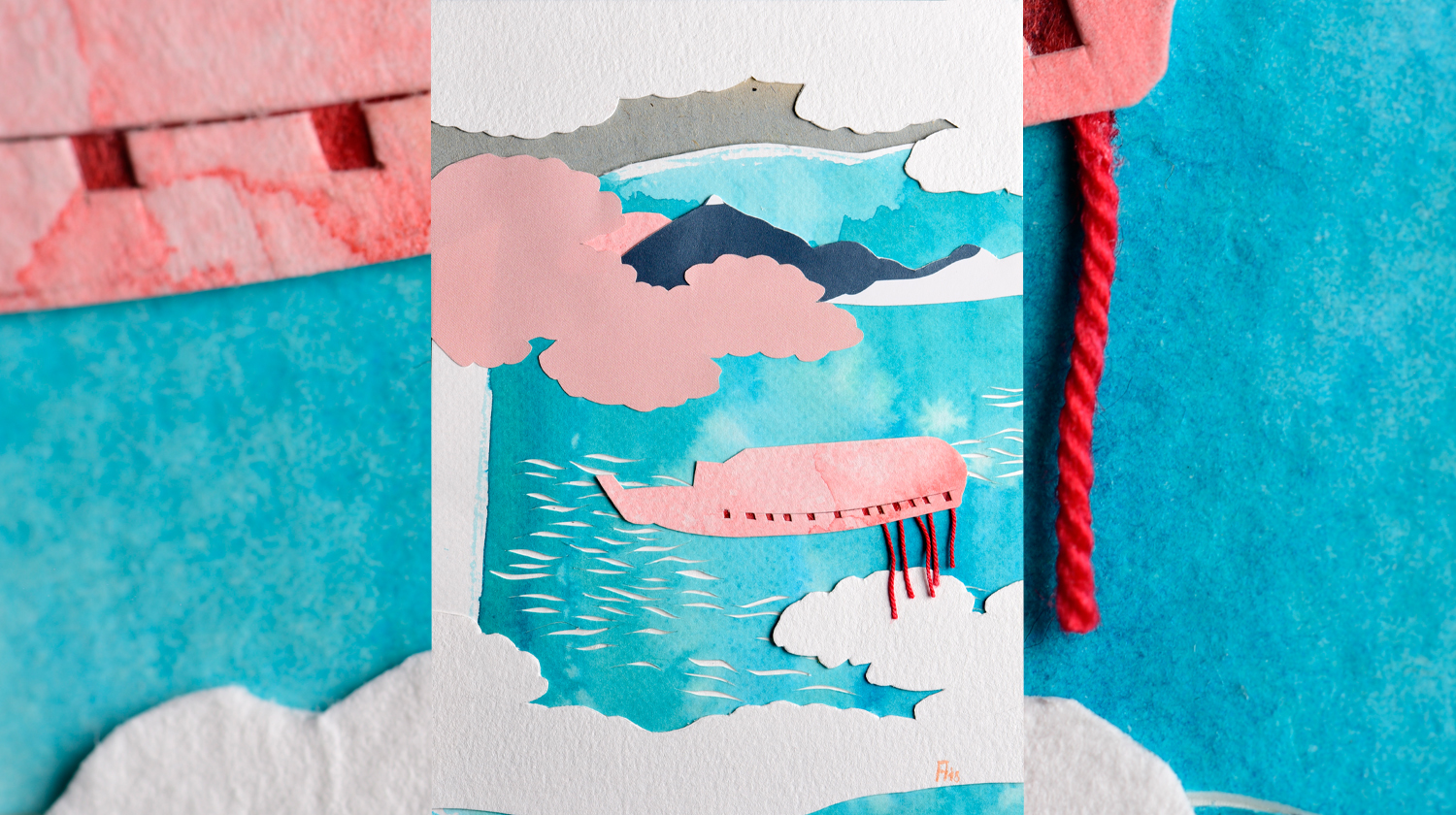 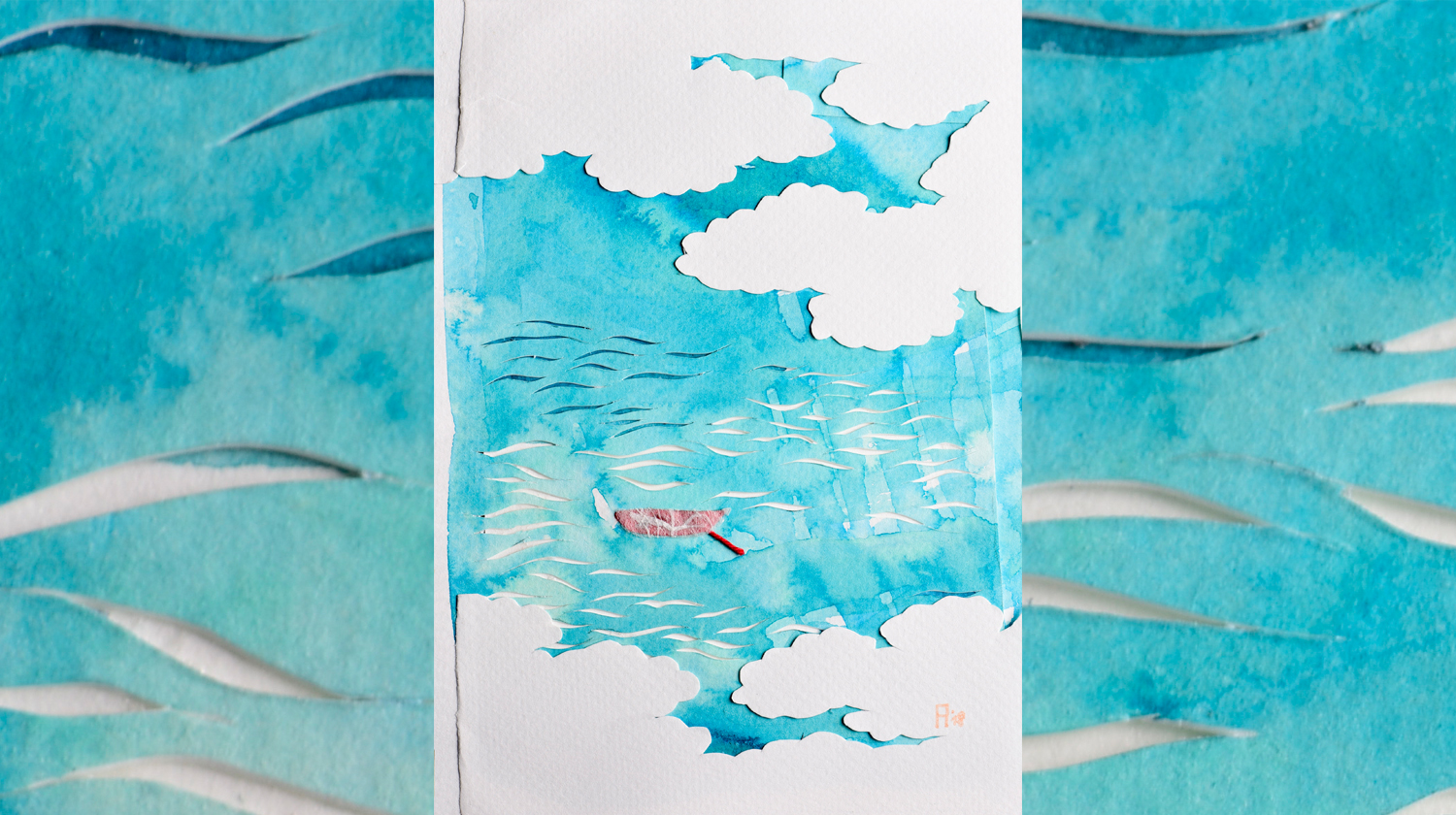 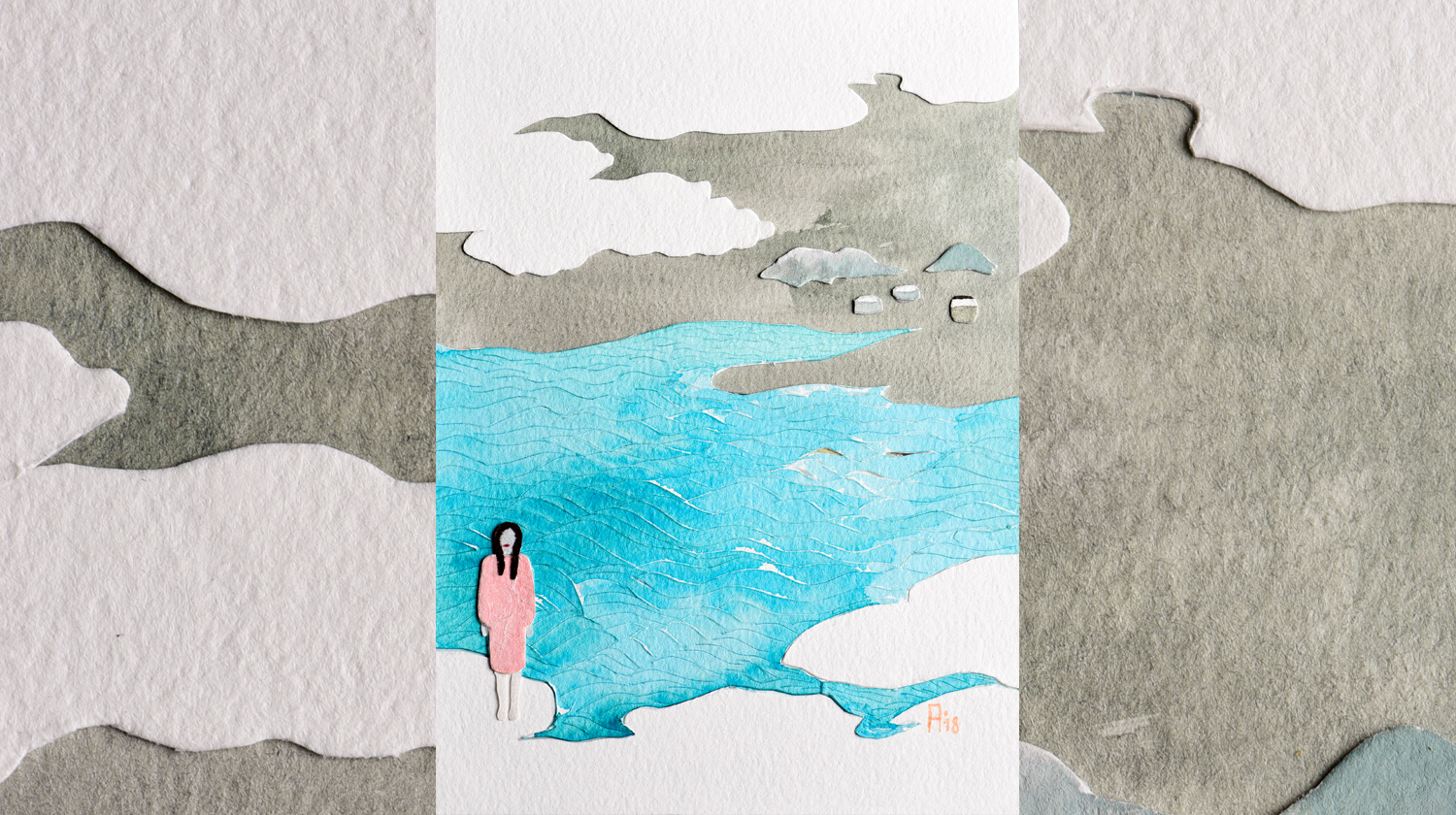 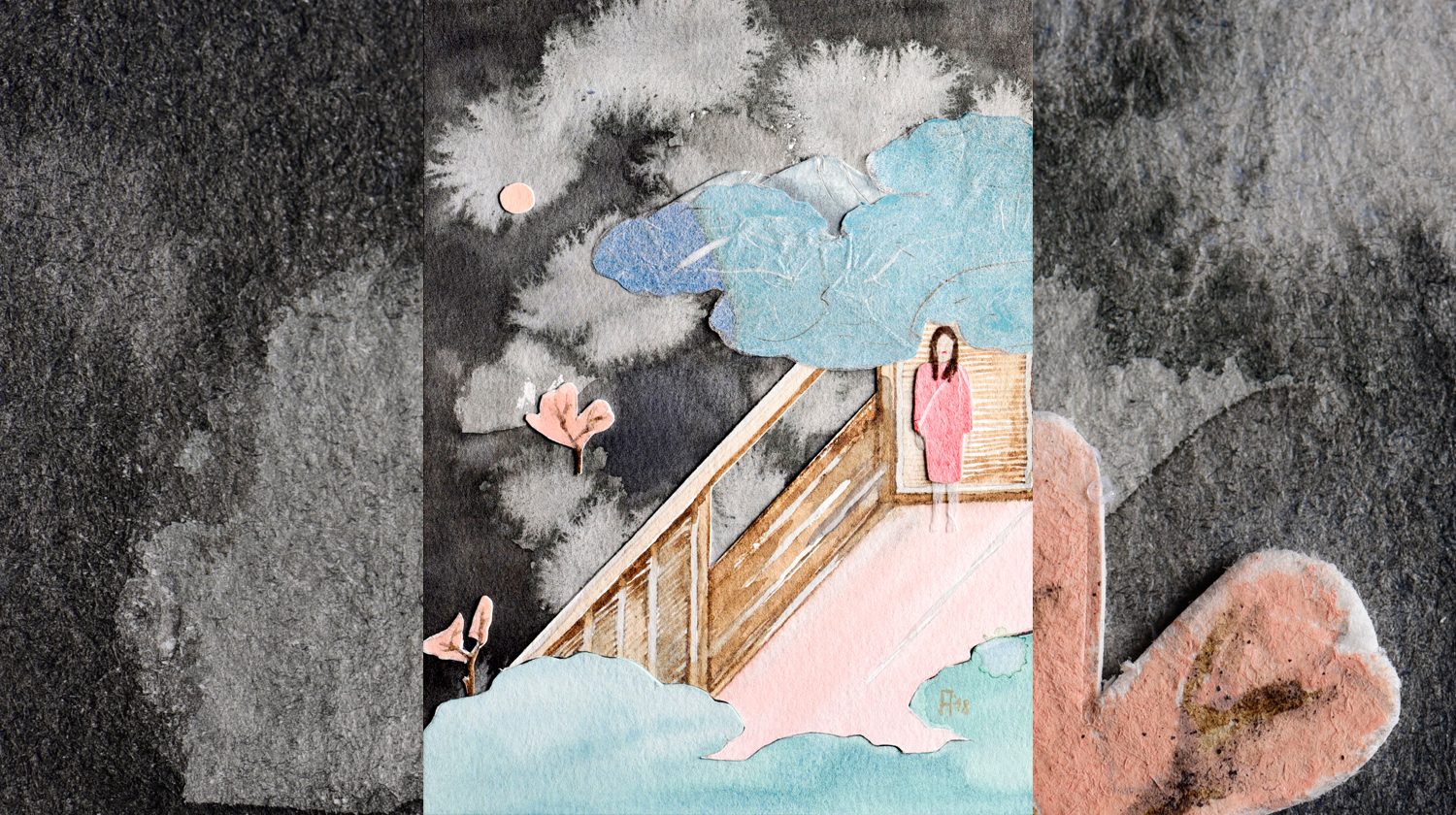 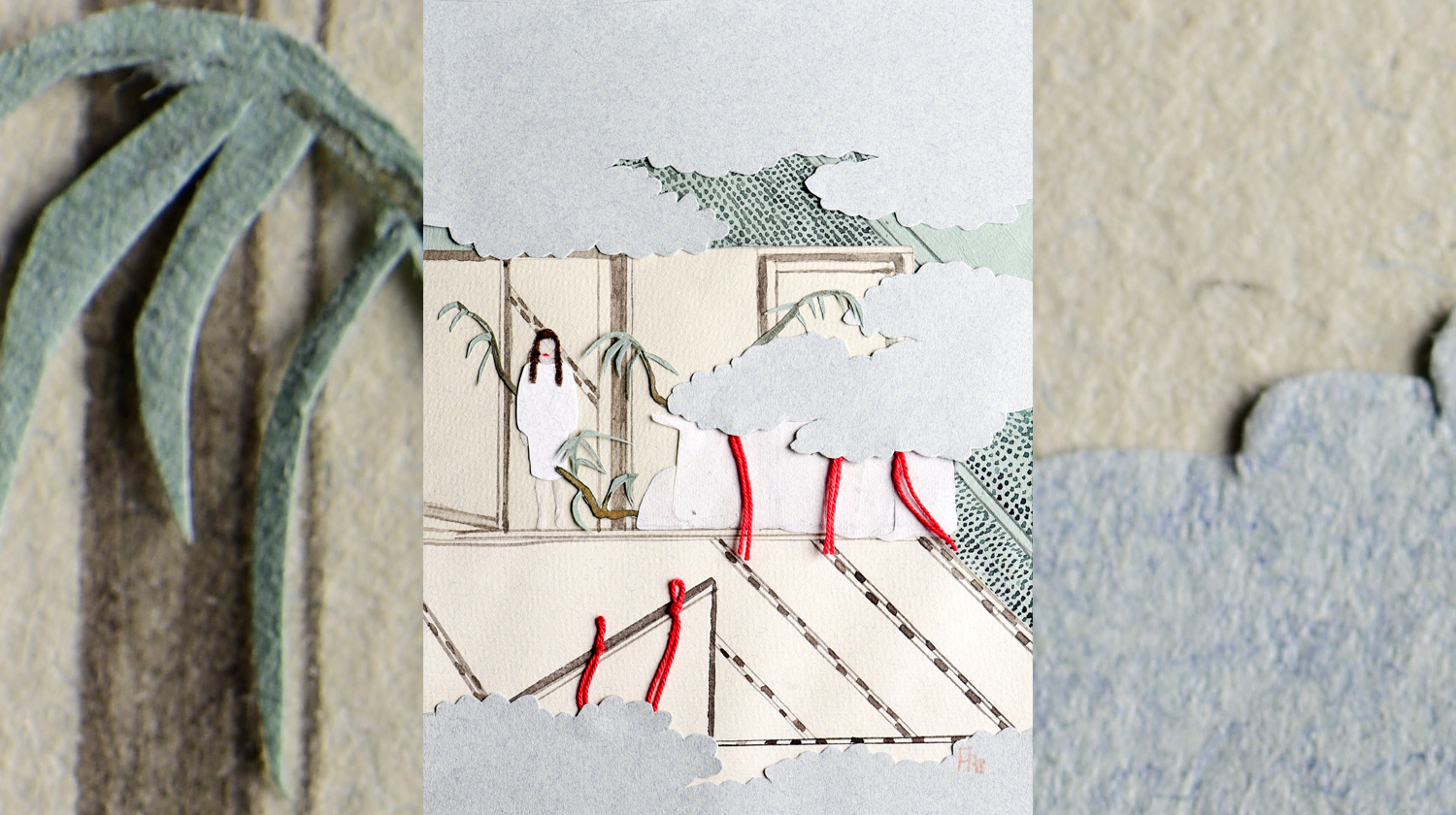 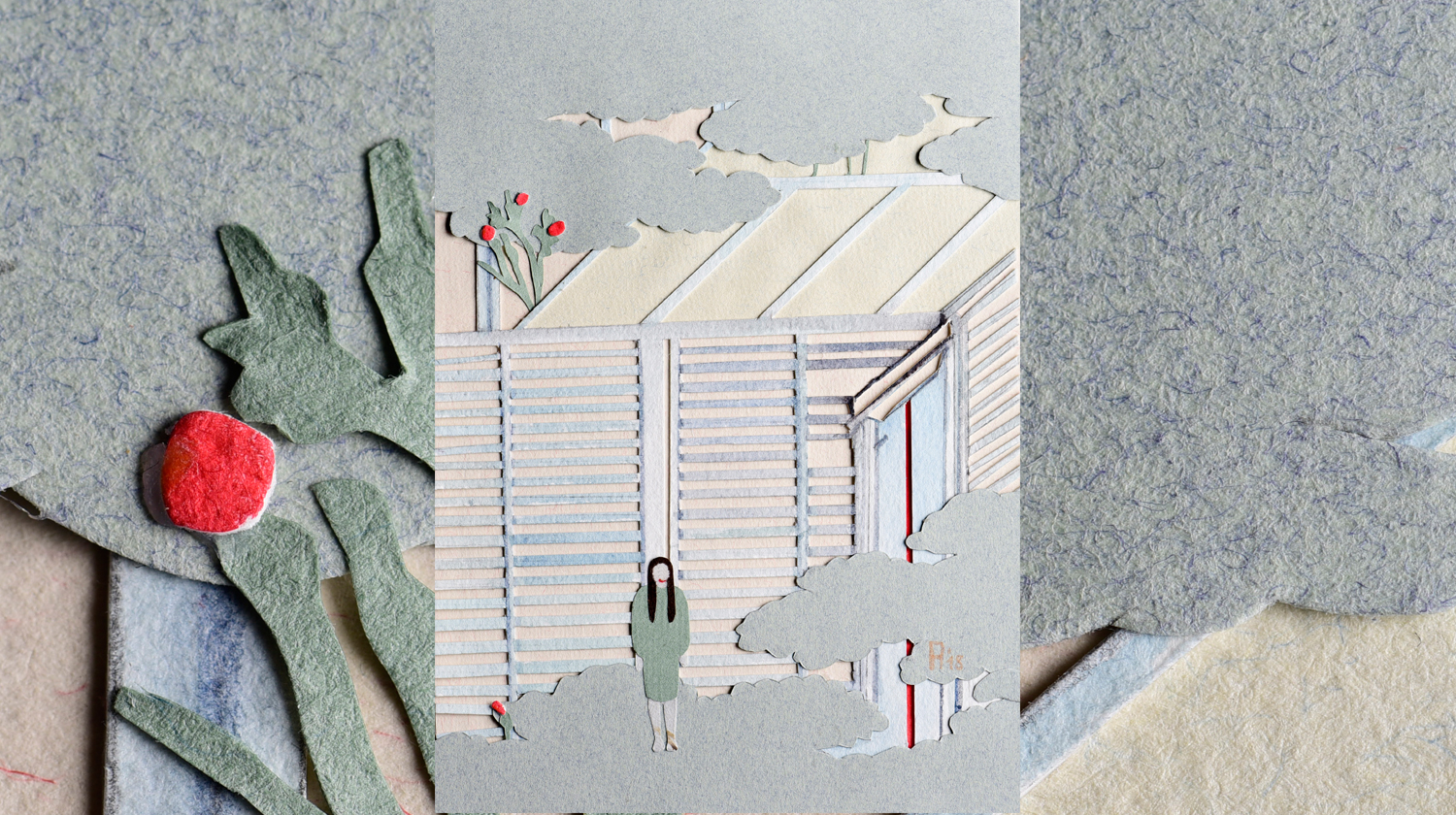 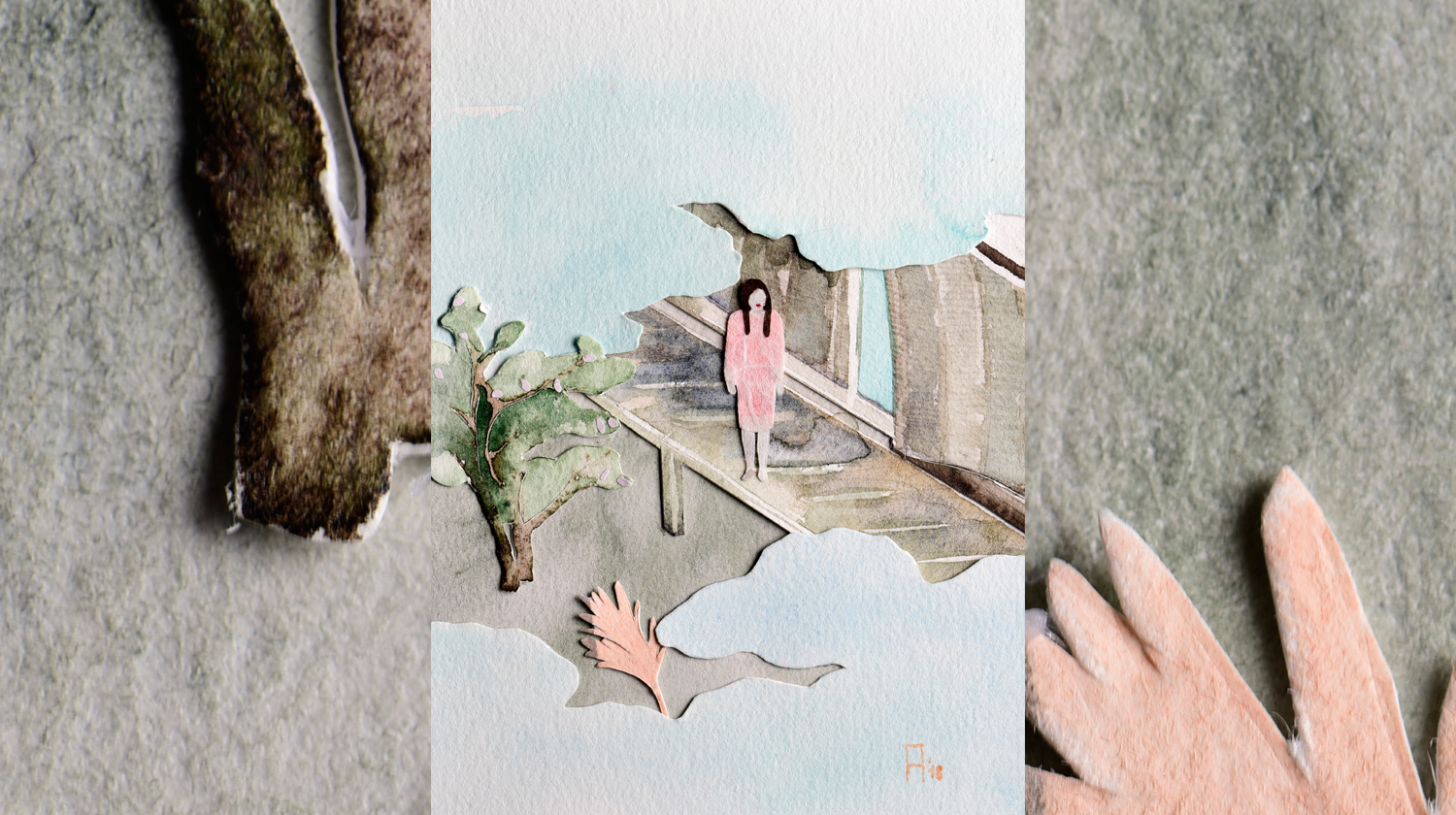 The large-sized watercolours could be regarded as the main pieces of the exhibition. In addition, Noémi Ferenczy’s diaries and works also had a strong influence on Haniko’s new works. Ferenczy is admittedly a newly discovered and important ’’predecessor’’ for Herbert as Bálint Szombathy refers to it as well in his article in the catalogue about the exhibition. Ferenczy’s art had a profound impact on some of Herbert’s pieces. In the picture titled You have start where you stand] we can see Haniko’s alter ego in a red dress as motionless she is observing the wild, rampant field spreading out in front of her. The cut-out and pasted paper leaves cover the whole frame of the picture, which bespeaks of the unspoiled presence of nature that is not yet rendered into a wholesome garden. The image is painted on paper with a rod at the top so that it can be rolled up which connects or emblematically links this piece to Japanese scroll-paintings.

Aniko Herbert aka Haniko
You have to start where you stand // Genzaicsi de hadzsimarubeki
140 × 140 cm, paper, watercolour, 2018

The pieces Ode to the logger and Motionless, too, owe their inception to an examination of Ferenczy’s pictures. Also, these works evince the application of a cut-out technique inspired by Henri Matisse which the French painter called ’’drawing with scissors’’. Herbert, too, cut out and painted numerous leaves, trees and organic shapes which she then pasted on to the surface of the pictures.

Self-portrait with a view and Silent H can be taken as self-portraits respectively. The figures in the paintings are reduced to simple forms by the artist. Big blobs of colour trace the outline of the figures, only the contours of the clothes and the hair-line can orient the viewer in the stylized picture.

Each piece in The garden of Ts'ui Pên series, which comprises 25 paper collages, is a delicate, ethereal piece of work. The rich details and the particular use of colours places these pieces in the tradition of the Hokusai and the Japanese Ukiyo-e style, wherein Haniko’s ever returning solitary figure seems as if she was wandering about in a Japanese garden-like maze.